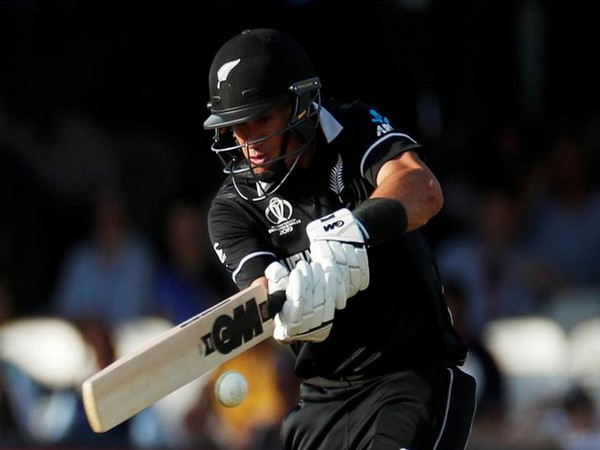 Taylor smashed an unbeaten knock of 109 and guided BlackCaps to a four-wicket victory. The right-handed batsman also registered his 21st century in the game.

With this win, BlackCaps lead the three-match ODI series 1-0.

He wrote: “Ross kaun hai maaloom hai Kya ? Ross is the boss. Ross is the one, who in a few weeks will become the first-ever player to play 100 Tests, 100 ODI’s, 100 T20’s What an Incredible innings from such a wonderful player. Congrats @BLACKCAPS on chasing down 348 with ease #NZvIND.” 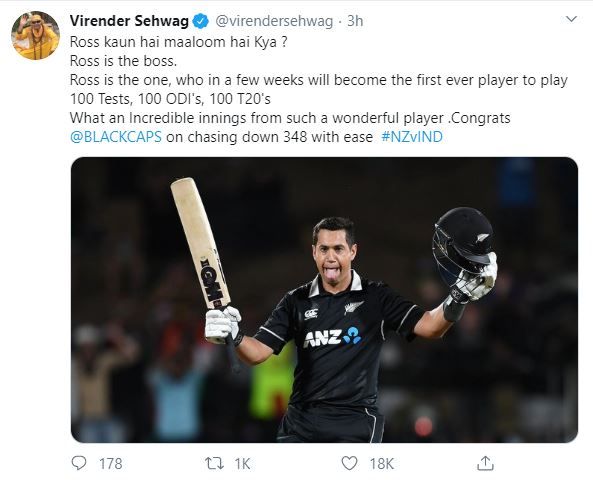 “Congratulations to the @BLACKCAPS on an exceptional run chase, their highest ever. @RossLTaylor was simply too good for the Indian bowlers today and Tom Latham supported him brilliantly. For India, Shreyas Iyer and Rahul’s partnership was a delight to watch. #NZvIND, ” Laxam wrote on the microblogging website. 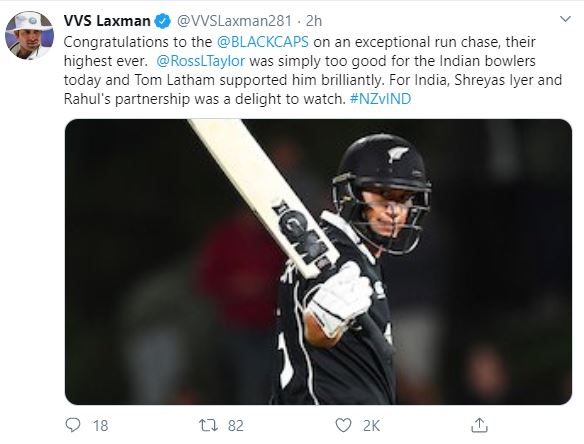 While former cricketer Mohammad Kaif said in a tweet: “Mighty impressed with NZ today. Chasing 347 without Williamson is quite a feat. But then that’s what we’ve come to expect from a side that always punches above their weight, without having a host of superstars in their line-up. Still back India to make it 2-1 though #NZvIND.”

Both teams will meet take on each other in second ODI at Auckland on Feb 8.

Bushfire Cricket Bash not to go ahead, Cricket Australia confirms