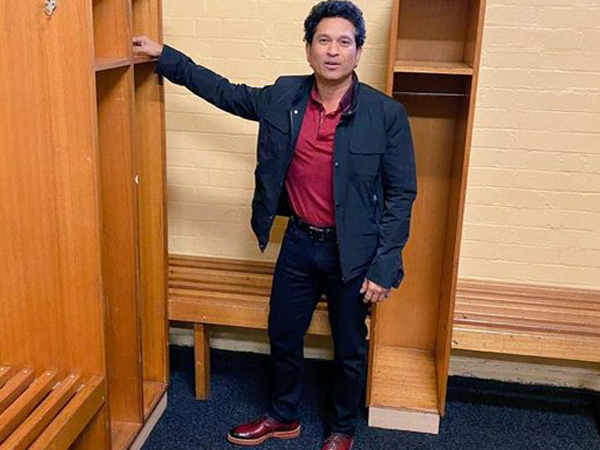 New Delhi [India], Feb 7 : Former India cricketer Sachin Tendulkar on Friday paid a visit to Sydney Cricket Ground (SCG) and went on to reveal his favourite corner in the stadium.

The Master Blaster is currently in Australia as he will be coaching the Ponting XI in the upcoming Bushfire Bash.

“This was my favourite corner in the SCG dressing room. Memories came flooding back today,” Tendulkar tweeted. 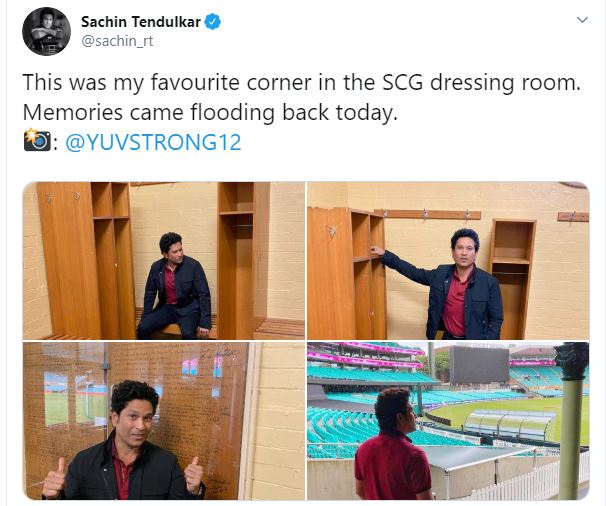 The 46-year-old has a tremendous record at the SCG as he went on to score 785 runs from five Test matches at the ground.

He also registered an individual score of 241 not out against Australia in 2004. This innings by the Master Blaster is often referred to as his greatest.

In the 2003-04 series, Tendulkar had a torrid run with the bat against Australia, and then he decided to refrain from playing his trademark cover drive.

In the fourth and final Test at SCG, Tendulkar registered his first double ton in the longest format of the game.

When it comes to T20Is, Tendulkar registered 315 runs from eight matches at an average of 52.50 at the SCG.

Tendulkar had made his debut for India at the age of 16 in 1989. He aggregated 34,357 runs across formats, which is 6,000 runs more than the second-placed former Sri Lanka cricketer Kumar Sangakkara.

Regarded as one of the greatest batsmen ever, Tendulkar holds the record of being the highest run-scorer of all time in international cricket, having notched up 18,426 runs in ODIs and 15,921 runs in Test matches.

The Bushfire Bash was originally slated to be played at Sydney on Saturday but weather forecast prompted Cricket Australia to reschedule the game to ensure the best possible pitch and outfield conditions for the final of Big Bash League.

Raheem Sterling to miss match against West Ham due to injury

Kobe Bryant’s memorial to be held on February 24