Veteran motor cycle rider collected another feather for his in Australia this weekend, with experienced Valentino Rossi gearing up for his 400th Grand Prix.

The Italian, still arguably the sport’s biggest draw despite winning the last of his seven premier class world titles in 2009, conceded it was a “great achievement”.

“It’s good to make 400 here in Phillip Island because it is an iconic place for motorsport,” he added of a circuit where he has won eight times — six in the premier class to go with two from his 250cc days.

“It’s something that you don’t expect. Especially when I was younger, and through my career, I never ever had a clear idea how long I want to race.

“Now I’m 40! Imagine. But yes, it’s a good achievement.” Rossi has long been the most experienced rider on the grid and his career statistics are stunning — he’s won 115 races across all classes and scored points in 353 of them.

Known as “The Doctor”, he signed a two-year contract with Yamaha in 2018, which means he will remain in the sport until at least 2020. He said the motivation remained to win races.

“When you get good results out there everything is easier because you enjoy it more,” he said.

“But if you are in a difficult moment then there is motivation also to try and come back.”

Rossi is looking to bounce back in Australia from a nightmare outing in his 399th race in Japan, when he crashed out while battling in 11th place. 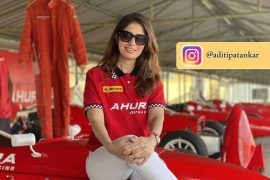