Rishabh Pant who was hugely criticised by netizens and the game stalwarts for his shot selection in the third test on South Africa Tour, has flipped the coin for the critics by hitting a crucial century in the second innings of test match. He was the last man standing in the game when he smashed a century and walked not out to the pavillion.

The Game has always a new face to show, what it shows depends on the scenario, taking turns to judge someone sometimes is not apt. Conditions may become favourable to the person when he will outshine everybody. The same vigour and vigil was shown by the wicketkeeper batter Rishabh Pant when he led the team to a double ton score, making it enough to fight against proteas. 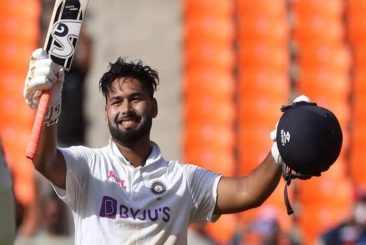 Pant, who was the last man standing for the Indian team in the second innings, hit six fours and four sixes in a flashing innings typical of his style, and also after coming in with India under pressure at 58/4 having lost two wickets in the first two overs of the day. After Pant’s rollicking knock, former greats of the cricketing world showered their wishes to Rishabh Pant.

Former Indian cricketer, VVS Laxman took to his Twitter handle and wrote, “He has scored Test tons in Australia and England before and this one in Cape Town is right up there with one of the best counter-attacking innings one would ever see. Has kept India in the game. Take a bow”.

Still the country needs much strength to fight against proteas because despite his century team has gathered feeble numbers to fight with. India Needs early wickets to haul the proteas team and win the game.