Ravi Shastri, Former Indian Head coach has embellished a string of praises upon Former Indian Skipper and Wicketkeeper Mahendra singh Dhoni. He talked about his self control that he can stay away from his gadgets for quite long. Adding to this he praised that he has never seen a calm and composed person on field like MSD.

Ravi Shastri worked with MS Dhoni during his tenure as India Team Manager and the head coach. The World Cup-winning skipper, known for his collective approach, finished as one of the most successful captains across formats.

Shedding light on Dhoni’s personality, Shastri, said he has never seen the former captain getting angry and the highs and lows in sport doesn’t make a difference to the way he approached the sport.

“Even if he scores a zero, or scores a hundred, or win the World Cup, or lose in the first round, it doesn’t make a difference to him. I have seen a lot of cricketers, but there is no one like him. Even Sachin Tendulkar has a fantastic temperament, but he sometimes gets angry. But Dhoni doesn’t,” Shastri told Shoaib Akhtar on the Pakistan cricketer’s YouTube channel. 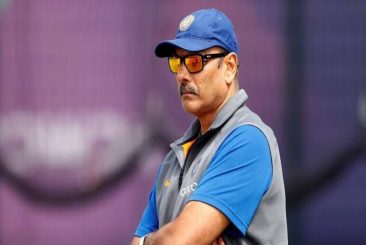 MS Dhoni retired from international cricket in August 2020 but the former captain has been leading Chennai Super Kings in the Indian Premier League. He was one of the 4 players retained by the 4-time champions ahead of the IPL 2022 auction.

“Virat is like a beast on the field, once he steps on the field, he just wants to compete and he does not care about anything else. But, completely opposite off the field, absolutely calm and chill.” Ravi Shastri Added.