Afghanistan’s spin prodigy Rashid Khan faces a tough challenge as he captains his side for the first time against Bangladesh in only his war-torn country’s third Test starting Thursday.

Afghanistan obtained Test status in 2017. In their first outing in June 2018 India thrashed them inside two days, but in the second in March they beat fellow newcomers Ireland by seven wickets.

Leg-spinner Rashid was named skipper for all three formats after their dire World Cup campaign in England and Wales when they lost all nine matches and were dogged by several controversies.

The Indian Premier League (IPL) star will become the youngest ever Test captain at the age of 20 years 350 days when he steps out in the Test match at the Zahur Ahmed Chowdhury Stadium in Chittagong.

He will overtake Zimbabwe’s Tatenda Taibu, who made his debut as Test captain just eight days older than Rashid against Sri Lanka at Harare in 2004.

“(I am) pretty excited. It is a new role to be a captain of the team and will try my best to be positive and enjoy the game,” Rashid told reporters last Friday after the arrival of his team in Chittagong.

The Afghan side has been through turmoil in recent months.

In April 2019, the Afghanistan Cricket Board (ACB) named Rahmat Shah as Test captain, replacing Asghar Afghan, who led the side in their first two Test matches.

But Rashid’s appointment as Test captain after the World Cup means Shah was removed before he took charge of a match.

They will be up against a side who have won five of their last 10 Tests at home, including one each against England and Australia.

Bangladesh are expected to field a spin-heavy attack against the visitors for the one-off Test, but interim Afghan coach Andy Moles said they have no fear.

“We have massive respect for Bangladesh team. They are a level above us. (But) we are not scared of Bangladesh,” Moles told reporters in Chittagong on Monday.

“We are under no illusion that this is going to be a tough examination of our skills. If we could show application and concentration, we are capable of doing something special over the next five days.”

Afghanistan will also play a tri-nation Twenty20 tournament from September 13 with Zimbabwe and hosts Bangladesh.

Igor Stimac’s new mantra: Building from the back 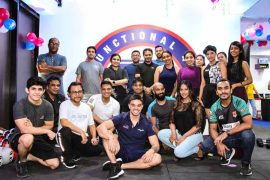 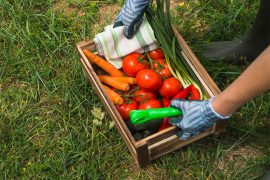