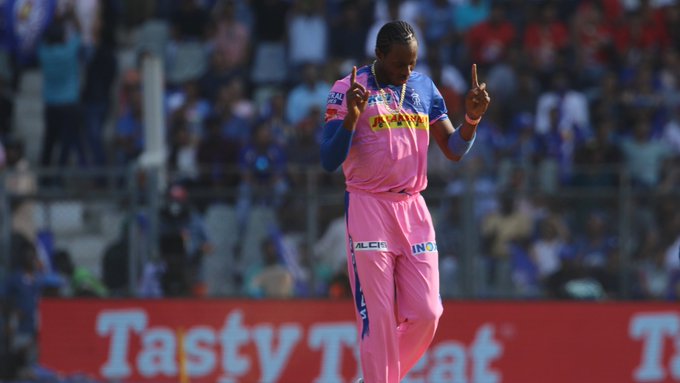 On Thursday, the England and Wales Cricket Board (ECB) confirmed that Archer will not take part in the Sri Lanka Test series and IPL 2020 season due to stress fracture in his right elbow.

Taking to Twitter, Royals said they are working with the English board to help Archer’s speedy recovery and the franchise still hopes that he will play for Royals this season.

“We’re working with the ECB to help @JofraArcher secure a speedy recovery, and still hope to see him in a Royals jersey this season. #RoyalsFamily,” Royals tweeted. 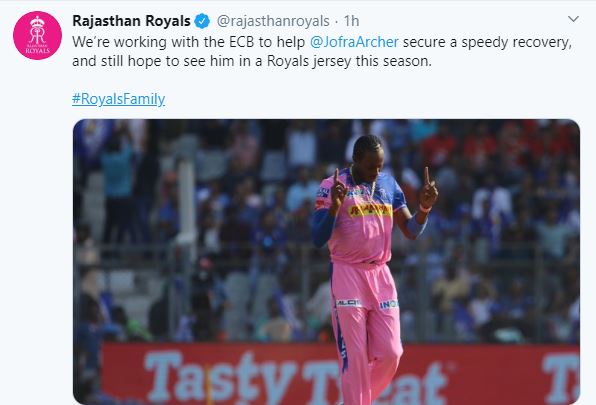 “Archer underwent further scans on his injured right elbow yesterday in the UK which confirmed a low grade stress fracture,” the ECB said in a statement on Thursday.

He will now commence an injury rehabilitation programme with the ECB medical team with a view to be ready for the international summer campaign starting in June against the West Indies in a three-match Test series.

Archer headed back to Britain from South Africa earlier in a bid to regain full fitness after a sore right elbow saw him miss the final three Tests of England’s 3-1 series win over the Proteas.

England are scheduled to tour Sri Lanka to play two-match Test series, commencing from March 19. The 24-year-old seamer was last featured in the first Test against South Africa in December last year.

Will be back soon, says Archer after getting ruled out of Sri Lanka Test series, IPL 2020