In a move to make Punjab, a drug-free state, the Punjab government announced to render a sum of 5 Lakh to each village to purchase sports equipment and indulge youth to take part in sports actively. 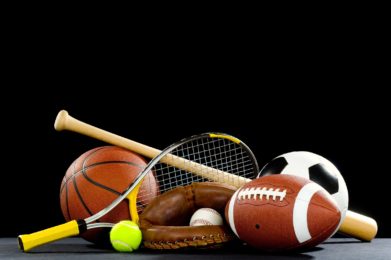 Claiming that the vicious nexus of the drug mafia has been broken by the government’s efforts, Punjab Panchayat and Rural Development Minister Tripat Rajinder Singh Bajwa states that only minute level peddles are thriving in the state carrying small amount of drugs however, we assure to nab them all and to take them under custody and transform Punjab as a drug-free state.

“Today, I want to share my thoughts with you on a very sensitive and highly urgent matter. This is about the menace of drugs that is dominating the social media dialogue these days. Several highly concerned people have expressed their apprehension and I believe their worry is justified. This menace must be eradicated from its roots forever.” he states.

Highlighting the real reason behind this drug menace of Punjab, Bajwa said devoid of blaming one another, it is the high time to come together against this vicious circle of drug culture thriving in the state, sabotaging a lot many youth’s lives.

He concluded “With strong willpower of Chief Minister Amarinder Singh and persistent efforts of his government, the main supply line of drugs like chitta has been broken. Only petty peddlers are active now in supplying in small quantities the poison, which also would be eradicated soon.”

As sourced by the Indian Express, Bajwa also said it is of no use to blame one another for this drug menace in the state. Health and family welfare minister Bram Mohindra said Food and Drug Administration had an application viz. ‘Drug Information and Monitoring System’, to render information related to the availability of a discrete medicine in the store.  He said in the first phase, as in pilot project, “we are going to commence it from district Mohali(SAS Nagar)”

Punjab Government is setting an example by putting much effort to eradicate drug cult off the state, whose results can be seen in near future.

If you are a gym goer, you can’t afford to miss these heavy-duty steadfast gym bags