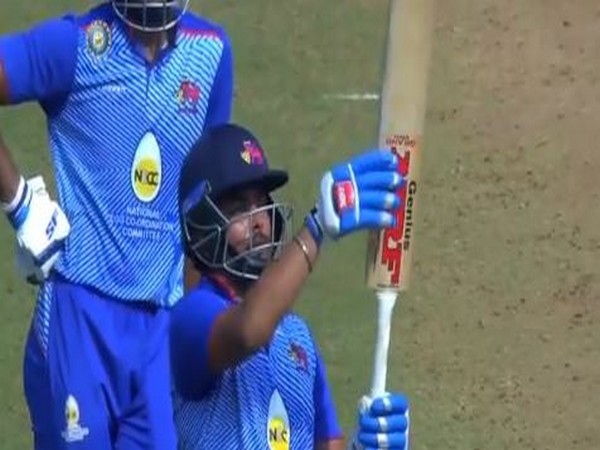 After reaching his half-century, Shaw raised his bat to address his teammates and was seen making a gesture of ‘let my bat do the talking’.

BCCI Domestic’s handle posted a video on Twitter and captioned the post as: “Welcome back! He is making a comeback today and @PrithviShaw makes it a memorable one with a fine-half century for Mumbai against Assam in #MushtaqAliT20”.

Shaw has represented Delhi Capitals in the Indian Premier League (IPL) and has also played two Test matches for India. He had scored a century for the side in his debut match against West Indies.

He was suspended by the BCCI in July this year for a doping violation.

“Prithvi Shaw, registered with Mumbai Cricket Association, has been suspended for a doping violation. Shaw had inadvertently ingested a prohibited substance, which can be commonly found in cough syrups,” BCCI had said in a statement.

The cricket governing body stated that it had recovered Terbutaline from the urine sample, provided by the cricketer during the Syed Mushtaq Ali Trophy match on February 22, 2019, in Indore.

“On July 16, Shaw was charged with the commission of an Anti-Doping Rule Violation (ADRV) under the BCCI Anti-Doping Rules (ADR) Article 2.1 and provisionally suspended pending determination of the charge. Shaw responded to the charge by admitting the ADRV but asserting that it was inadvertent, being caused by his ingestion of the over the counter cough syrup he had taken for his cough,” it had added.

BCCI, in their statement, had stated that they were satisfied with the explanation given by Shaw that he had taken Terbutaline inadvertently to treat a Respiratory Tract Infection and not as a performance-enhancing drug.