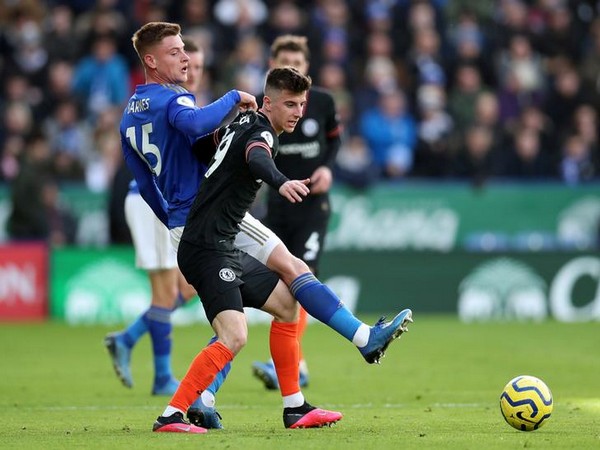 Leicester [UK], Feb 1 : Leicester City and Chelsea played out a 2-2 draw on Saturday in the ongoing Premier League at King Power Stadium here.

Leicester City enjoyed most of the possession in the first half but The Blues drew the first blood in 46th minute of the game. Antonio Rudiger scored the goal for the visitors and the side went to the interval with a lead of 1-0.

Harvey Barnes scored the equaliser for The Foxes in 54th minute of the match. Ten minutes later, Ben Chilwell scored another goal for Leicester City, taking the scoreline to 2-1.

In the 71st minute of the match, Chelsea levelled through the header of Rudiger, who scored for the second time in the game.

In the last minutes of the game, both sides made desperate substitutions but did not succeed to change the scoreline and the game ended in a 2-2 draw.

The foxes are on the third spot in the Premier League table with 49 points, while The Blue are placed on fourth place with 41 points.

Chelsea will next take on Manchester United on February 18 while Leicester City will lock horns with Wolves on February 15.