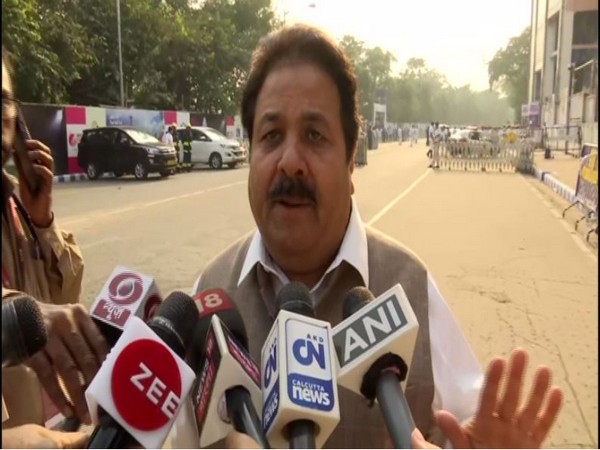 Kolkata (West Bengal) [India], Nov 22 : Former BCCI vice-president Rajeev Shukla on Friday said that playing a day-night Test in India is a victory for world cricket and said the efforts of Sourav Ganguly and Jay Shah paid off to play the pink-ball Test.

“It is a historic occasion and Kolkata has received the opportunity to host it. Sourav Ganguly and Jay Shah’s efforts have paid off and this is a victory for world cricket. Bangladesh PM Sheikh Hasina is also present at the Eden Gardens to watch the match,” Shukla told reporters.

“Earlier, BCCI kept on thinking about whether to play the day-night Test, we were skeptical to play the pink ball Test, but it has now started with this Kolkata Test. It is a good experiment that we have done, people from all over the country have come to mark their presence. All Kudos to the BCCI team,” he added.

Shukla also opined that experiments need to be conducted in order to attract a large crowd to the stadiums.

“If we want to make Test cricket successful, we have to keep doing experiments to bring in more crowd. Pink ball Test has attracted viewers to the stadium,” Shukla said.

In the ongoing Test, Bangladesh won the toss and opted to bat first.

While filing this report, Bangladesh reached the score of 73/6 till the supper break.