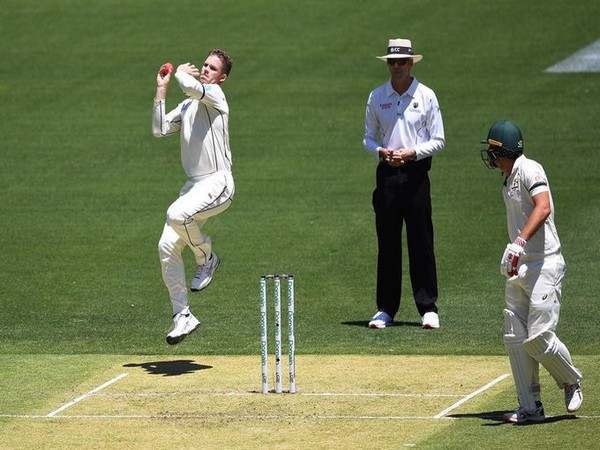 “INJURY UPDATE: An MRI scan has confirmed a right calf muscle-tendon strain for Lockie Ferguson which will prevent him bowling in the remainder of the 1st Test, although he is available to bat. Awaiting a further report which will inform the next steps of his recovery,” the Blackcaps tweeted.

Yesterday, Ferguson suffered an injury and was taken for an MRI scan.

Ferguson, who got his maiden Test cap on Thursday, injured himself during the second session and was quickly sent for an MRI scan to determine the extent of the problem. He was suspected to have right calf strain.

He did not bowl again on the first day against Australia.

Marnus Labuschagne’s century lead Australia to 248/4 at stumps on the opening day of the first Test against New Zealand. Australia won the toss and elected to bat first in front of the home crowd.

For New Zealand, Neil Wagner bagged two wickets while Southee and Grandhomme picked one each.

On this day, Rohit Sharma smashed his 3rd double ton in ODIs