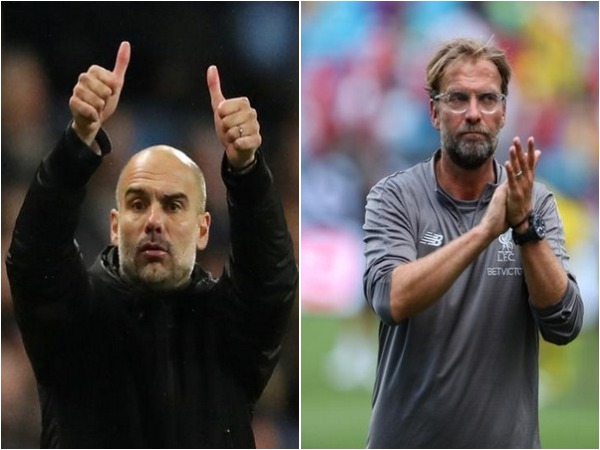 Both have been inducted into the hall of fame, in recognition of their achievements in football management to date.

Guardiola and Klopp were honoured at a special LMA Dinner on Thursday (local time).

England coach and LMA President, Gareth Southgate, and LMA Board and Hall of Fame Member, Sir Alex Ferguson, presented Klopp and Guardiola with a hand-crafted silver salver as a mark of recognition.

The duo now follows the likes of Brian Clough, Sir Bobby Robson and Arsene Wenger in the LMA Hall of Fame.

“What a privilege. When you come down the corridor and see all the big names, big managers, big personalities being here that would have helped to make football better, football that we have right now,” Goal.com quoted Guardiola as saying.

“I think all the managers here that have been inducted into the Hall of Fame is because we were in incredible clubs with incredible players,” he added.

Both Liverpool and Manchester City have been battling it out to win the Premier League this season.

Currently, Liverpool is on the top position in the standings and have a nine-point lead over the defending champions City.

“It is big, it is really big. When I first heard about it I couldn’t believe it. I have now been in England for a bit longer than four years and I have enjoyed each second, to be honest,” Klopp said.

“I saw all the names with the pictures when I came in, it’s really impressive. I don’t often feel pride but, at this moment, I’m very proud because this is something really, really special,” he added.

Liverpool will next take on Brighton in the Premier League while City will clash against Newcastle United.