World Championships’ silver medal-winning boxer Amit Panghal reckons securing an Olympic spot at next year’s Asian qualifiers will be a tough task but vowed to leave no stone unturned in his quest for glory at the Tokyo Games.

Panghal (52kg), an Asian Games and Asian Championships gold-medallist, became the first Indian male boxer to win a silver at the World Championship, which concluded in Ekaterinburg, Russia on Saturday.

The 23-year-old Indian Armyman said he was sure of a podium finish after putting in the hard yards ahead of the prestigious tournament.

“It is a great feeling to win this medal. Given the preparation that I had, I was confident that I won’t return without a medal. No Indian boxer has gone beyond the bronze, so I wanted to do something different, change the colour of the medal,” Panghal told PTI after returning to the country here on Monday.

“I want to keep repeating what is working for me and keep improving on my weaknesses. I want to practice so much, put in so much effort in my training that I not only return with a medal but also change the colour of the medal at Tokyo,” he added referring to bronze medal won by Vijender Singh back in 2008.

The world championships in Russia no longer have Olympic qualifier status after the International Olympic Committee (IOC) suspended the International Boxing Association (AIBA) from conducting the event in the 2020 Tokyo Games.

The Olympic qualifiers will start in February next year with the Asia/Oceania zone qualifiers in China.

“For us who are in the lower weight category, the level of competition at Asian qualifiers is same as world championships. Most of the Asian boxers win medal at the Olympics or World Championships. So it will be tough,” Panghal said.

“Of course, the World qualifiers will be tougher as US and European boxers will also participate.”

Panghal, who had shifted to the 52kg category after a stellar run in the 49kg division, said he needs to work on his strength and power.

“I will work on my strength and stamina. We will improve as we inch towards the qualifiers. We have to held on to our top form, we can’t effort to let it slip a bit till the Olympics.”

Talking about his next assignment, Panghal said: “I am participating at the World Military Games next month. Also I will compete at the Indian Boxing League.

“These competitions will help in our preparations for the qualifiers as we will get the chance of playing many world level boxers with different styles, different strategies and mental strength, so we it will only boost our performance.”

Panghal emerged as the face of Indian boxing in the last few years after winning medals at the big events and he says it has been an unbelievable journey.

“I never thought that in a few years, I would win medals in big events. It is not easy because in the past also I have been to World Championships, failed and even cried after missing out on a medal,” he said.

“In the initial days, I couldn’t improve my performance despite training but things changed after the Asian Championship where I won bronze. It gave self confidence. It brought change in my game and life as well.”

Panghal and his colleagues were given a warm welcome after they returned to the country early on Monday after the best-ever show at the World Championships.

“It was quite overwhelming to see so many people come to welcome us. I had to stop a lot of my friends from coming to the airport,” he said. 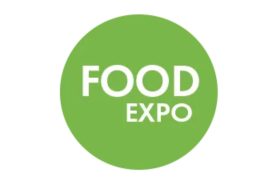