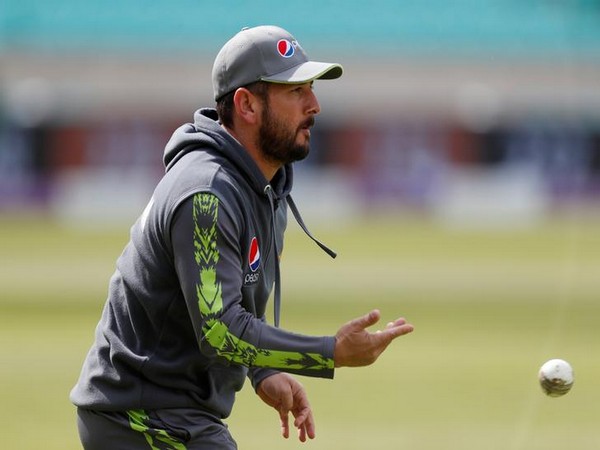 New Delhi [India], Nov 26 : Pakistan cricketer Yasir Shah who shared a meal with an Indian cab driver in Australia on Tuesday said he had done so because the latter was refusing to accept the journey’s fare.

Shah, who is currently touring Australia for the T20I and Test series said he had stepped out in Brisbane for a meal along with his four of his teammates he was recognised by the cab driver.

“We were not aware of any Indian or Pakistani restaurants in Brisbane. So when we five teammates stepped out — Imran Khan, Naseem Shah, Mohammad Musa, Shaheen Shah Afridi and I — we hailed called a taxi,” Shah said in a video shared by Pakistan Cricket Board (PCB) on Twitter.

“The driver was a Paaji from India. We told him to take us to a nice restaurant. He recognised us and we chitchatted in Urdu about cricket. He refused to take the fare from us when we reached the restaurant. I told him, ‘You either have to take the fare or have dinner with us.’ So he agreed for the dinner,” he added.

Shah further stated that the driver was very happy and also clicked pictures with them.

“He was very happy that we invited him to dinner and also clicked pictures with us,” Shah said.

Pakistan has already lost the T20I series which was followed by a massive defeat in the first Test.

The second Test between Pakistan and Australia will begin on November 29.

Trent Boult ruled out of Hamilton Test against England