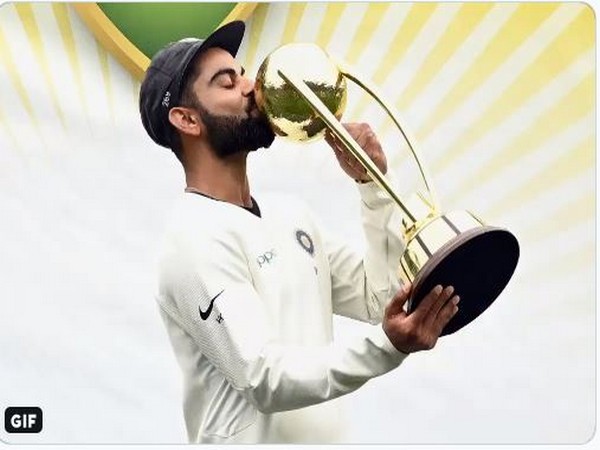 New Delhi [India], Jan 7 : It was on January 7, 2019, when India registered its first-ever series win on Australian soil.

The fourth Test of the four-match series ended in a draw between India and Australia at the Sydney Cricket Ground (SCG), and as a result, India went on register a 2-1 win in the series.

In the four-match series, India recorded victories in the first and third Tests.

India won the first Test at Adelaide by 31 runs, while they recorded a win in the third Test by 137 runs at the Melbourne Cricket Ground (MCG).

After winning the first match, India lost the second Test by 146 runs, and the series was levelled at 1-1.

But Kohli’s team managed to win the third Test, to tilt the balance in their favour.

During the 2018/19 series, the Tim Paine-led side was without star batters David Warner and Steve Smith as the duo was facing a one-year suspension for their involvement in the ball-tampering scandal against South Africa in March 2018.

Both India and Australia are slated to play a four-match Test series in Australia later this year.

Before that, they will play a three-match ODI series, slated to begin from January 14.

Currently, India is at the top in the World Test Championship (WTC) standings while Australia is in the second position.

Antonia Rudiger’s racism investigation closed due to lack of evidence