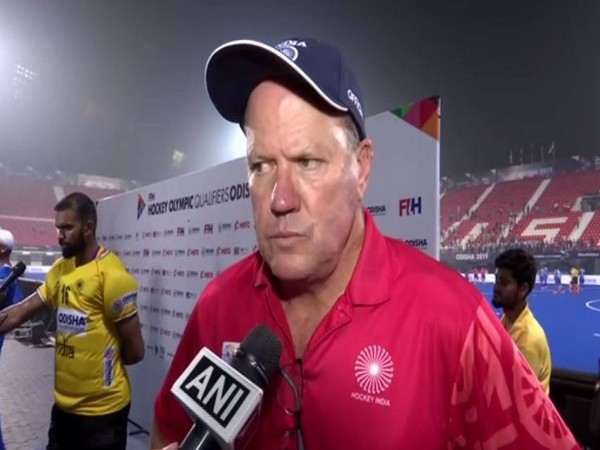 Bhubaneshwar (Odisha) [India], Nov 2 : After registering a 4-2 win against Russia in the FIH Olympic qualifiers, Indian men’s hockey team coach Graham Reid said that these matches are never easy as there is a lot at stake.

He also said that the team did not play to the best of their ability and will try to come out with a better mindset in the next game.

“These games are never that easy, there is a lot at stake and the team knows about it. We did not play well enough for me, we did not have many players who played at their best. The great thing for us is that we have another opportunity,” Reid told ANI.

“We did not play well enough today but our next match will provide an opportunity to showcase our skills,” he added.

Player Mandeep Singh also opined that in the Olympic qualifiers no team can take their opponent lightly. He also said that in the next match, the side would look to come out with a more positive mindset.

In the match between India and Russia at the Kalinga Stadium, the hosts got off to a brilliant start as they gained a one-goal lead in the fifth minute with the help of Harmanpreet Singh after he successfully converted a penalty stroke.

However, with two minutes into the second quarter, Andrey Kuraev scored an equalizer for Russia.

The hosts did not take much time to restore their one-goal lead as Mandeep Singh scored a goal for India in the 24th minute, bringing the scoreline to 2-1.

Sunil SV then consolidated India’s position in the match as he netted a goal in the 48th minute and put Russia under immense pressure.

Mandeep Singh scored another goal for India taking India’s tally to four goals. When the match was in the final minute, Russia won a penalty corner and did not make any mistake as they scored a goal.

The second leg of the qualifiers between both teams will take place on November 2.

You dream about these kinds of results: India women’s hockey coach Sjoerd Marijne