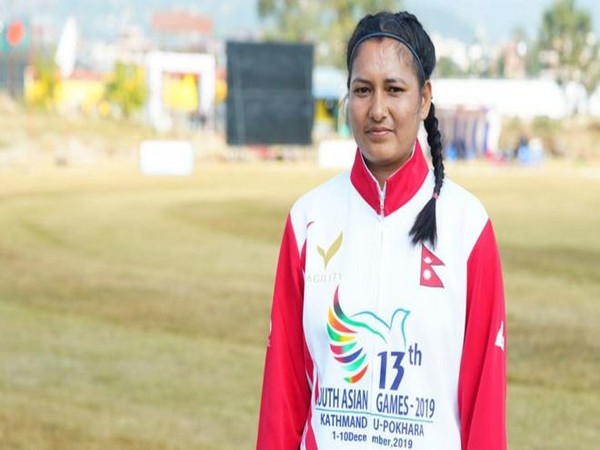 Kathmandu [Nepal], Dec 2 : Nepali cricketer Anjali Chanda on Monday scripted world record in T20I by picking up six wickets, including a hat-trick, and conceded no run in the ongoing South Asian Games (SAG) 2019.

In the opening cricket match of the SAG between Nepal and Maldives, Chanda bowled just 2.1 overs to achieve the feat.

Chanda broke the record of Malaysian Cricketer Mash Alisha, who set the record in January this year in a game against China.

Maldives, who won the toss and opted to bat first in the game, were confined only to just 16 runs by the Nepali bowling attack. With this, the Maldives’ score also has been recorded to be the 6th lowest total in T20I Women’s Cricket.

Nepal then chased the target in just five balls and won the match. Chanda was named as the ‘Player of the match’.