NBA teams now all have sponsor patches on their jerseys, and so far It has been huge success. While this is something soccer teams around the world have been doing for years, the NBA only started allowing this particular form of sponsorship a few years ago – and not without a degree of controversy. What we’ve discovered though is that jersey patches brought about virtually no distraction for players or fans, and pumped more money into the league while providing unrivaled television exposure for the related brands.

This has if anything led to more of a focus on the NBA’s sponsorship even beyond jersey patches. So considering both – companies advertising on jerseys, and those that are merely affiliated with the league – we thought we’d take a look at some of the NBA’s most intriguing partners moving forward.

General Electric bills itself as a digital industrial company, as seen on commercials like the one with Molly, the young inventor who grows up to be a GE scientist. It’s a forward-looking message, and the company is making even more of a name for itself among younger audiences by way of a multi-year deal with the Boston Celtics, signed in 2017. In addition to paying the organization, GE uses its tech and data science to help the Celtics’ players with preventing injuries. In exchange, the Celtics wear GE patches on the left shoulders of their jerseys, helping to further showcase the well-known brand to the world. It’s one of a league’s worth of jersey patch sponsorships, but seems to be one of the most mutually beneficial of the bunch, which makes it an interesting to watch for renewal.

Like GE, StubHub has earned a spot on the left shoulder of NBA jerseys. In this case it’s with the Philadelphia 76ers, which has become one of the true up-and-coming organizations in the sport. This is an interesting partnership for a less tangible reason than the GE-Celtics arrangement. There is no data science benefit to the 76ers for linking up with StubHub. However, partnering with a ticket distribution platform essentially shines a light on the idea of a ticket to see the Sixers – something that’s gotten harder and harder to acquire. By planting the StubHub logo on their jerseys, the Sixers are emphasizing that they’ve become a show – as evidenced by their surge in ticket sales the last year or two, and the occasional waits fans are put on to see games.

Almost surprisingly, FanDuel did not secure a jersey partnership, though it does have a five-year sponsorship agreement with the NBA. We’re singling out the popular daily fantasy platform here because it’s adding betting services, which could make it a bigger nada ore valuable partner than it necessarily was when the NBA first got attached. League Commissioner Adam Silver was vocal in his support of legal sports betting, which is now beginning to spread throughout the country. And given that FanDuel already has a trusted place among U.S. sports fans, it could be poised to become one of the bigger betting platforms – and perhaps a go-to for those looking to wager on NBA action.

Here we have another example that is not actually a jersey patch sponsor, but is one of the most fascinating entities linked up with the NBA. YouTube TV – fast on its way to becoming the definitive platform for wide-ranging content streaming – became the first ever presenting sponsor of the NBA Finals in the spring of 2018. That gave it an unrivaled degree of visibility among sports fans for a fairly prolonged period, at a time when YouTube TV was still getting off the ground. The benefits for the streaming service (and Google, which owns it) are clear. But for the NBA, the implications regarding future streaming are going to be interesting to keep an eye on. Might the league ultimately be persuaded to move the bull of its games and content to YouTube TV? We can’t say, but it’s certainly possible.

Misbah is leading the race to become cricket coach of Pakistan 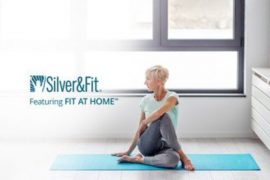 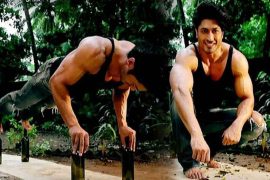