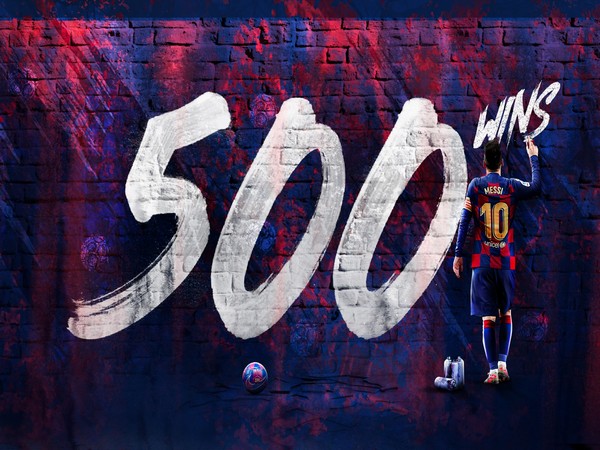 He achieved the feat against Leganes in the ongoing Copa del Rey tournament as Barcelona defeated the visitors 5-0.

These number of wins (500) is the highest recorded by a single player in Spanish football. The 32-year-old Messi took 710 games to register this number of wins.

Messi also scored two goals in the match as he netted the ball into the goalpost in the 59th and 89th minute.

Antoine Griezmann opened the scoring for Barcelona in the 4th minute. The side got another goal in the first half, as Clement Lenglet scored in the 27th minute.

Arthur Melo also got his name in the scoring sheets after netting the ball into the goalpost in the 77th minute.

With this win, Barcelona has qualified for the Copa del Rey quarter-finals along with Real Madrid, Granada, Villarreal and Real Sociedad.

Last year, Messi had won his sixth Ballon d’Or. He surpassed Cristiano Ronaldo’s record to win the award for the most number of times. Ronaldo has won the award five times in his career.

Kane Williamson ruled out of fourth T20I against India