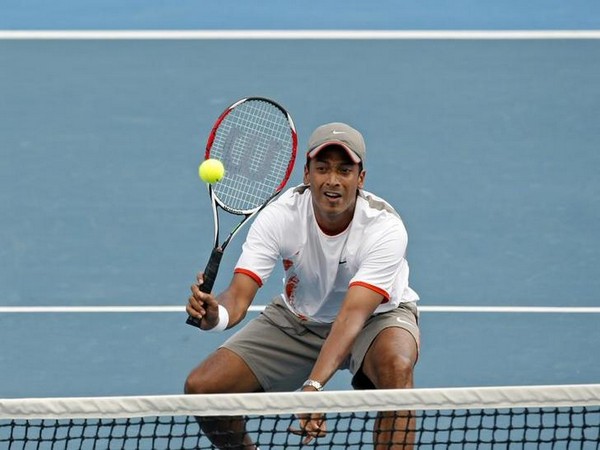 All India Tennis Association (AITA) on Monday named Rohit Rajpal as India’s non-playing captain. However, the decision did not go down well with many players. Rohan Bopanna openly expressed his displeasure at players not being consulted.

In a series of tweets, Bhupathi said he was not willing to go to Pakistan but now as the tie is to be shifted to a neutral venue he will be available for the team.

He also talked about the phone call with AITA Secretary-General Hironmoy Chatterjee in which Bhupathi was told that he would be replaced by Rajpal before the International Tennis Federation’s (ITF) decision to shift the venue. 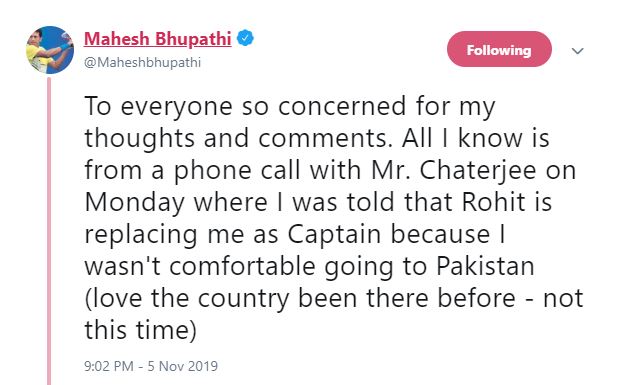 “I have not heard from the AITA since Monday or after the ITF addressed the players concerns on venue and approved a neutral location – so I am available and believe in am still Captain unless I hear otherwise! Glad to “comment” when I know what I know,” said in another tweet. 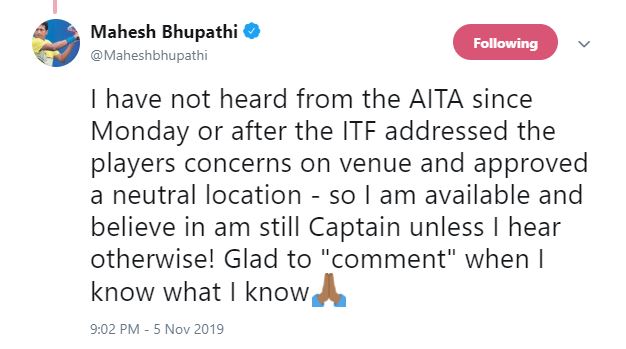 Chatterjee on Wednesday hit back at Rohan Bopanna who criticised AITA for changing the non-playing captain.