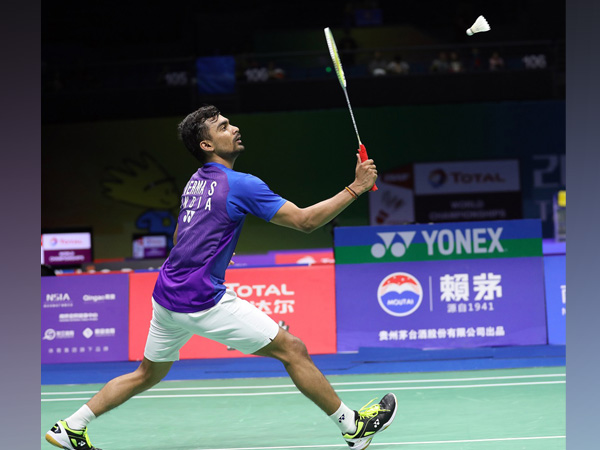 Fuzhou [China], Nov 6 : Indian shuttler Sameer Verma crashed out of the Fuzhou China Open after losing the first round match on Wednesday.

Verma faced a two straight-game defeat at the hands of Hong Kong’s Lee Cheuk Yiu 18-21, 18-21 in the first-round clash here at the Haixia Olympics Sports Center.

Earlier in the day, Indian shuttler Parupalli Kashyap advanced to the second round of men’s singles after defeating Thailand’s Sitthikom Thammasin in two straight games 21-14, 21-13.

Kashyap had the upper hand in the game as he did not allow his opponent to built the momentum in the 43-minute long encounter.

He will next play against world number six Viktor Axelsen of Denmark in the second-round clash.

Saina Nehwal crashed out of the Fuzhou China Open after losing the first-round match at the hands of China’s Cai Yan Yan 21-9, 21-12 in the encounter that lasted for 24 minutes.

Mixed doubles pair Pranaav Jerry Chopra and N. Sikki Reddy were knocked out from the tournament after losing to Taiwan’s Wang Chi-Lin and Cheng Chi Ya 21-14, 21-14.

Yesterday, in the men’s singles, HS Prannoy, who has recently recovered from dengue, faltered in the opening round, losing 17-21 18-21 to Denmark’s Rasmus Gemke.

In women’s singles, PV Sindhu crashed out of the tournament in the first round.