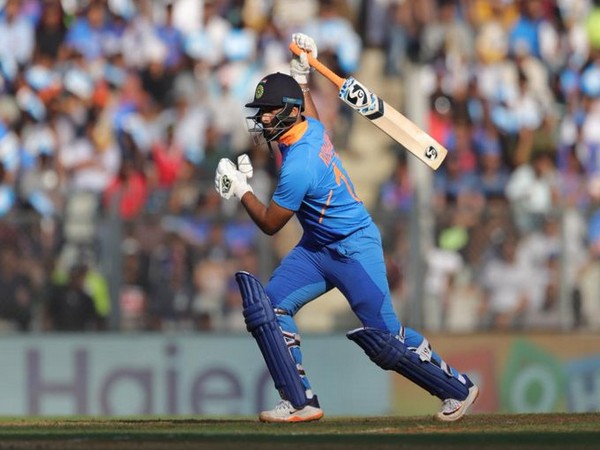 “With Sanju Samson and Ishan Kishan being a part of the India A side in New Zealand, the selection committee decided to name KS Bharat as a back-up wicket-keeper,” BCCI said in an official statement.

On Wednesday, BCCI announced that Pant will be missing the second ODI against Australia in Rajkot.

The player will be undergoing rehabilitation protocol at the National Cricket Academy (NCA) after getting hit by a bouncer on Tuesday during the first ODI.

“He is stable and all his scan reports are clear. He has been discharged from the hospital and will head to the NCA, Bengaluru, to undergo his rehabilitation protocol. He is ruled out of the 2nd ODI. His availability for the final ODI will be based on how he responds during the rehabilitation protocol,” BCCI had said in a statement.

Pant was hit on his helmet by Australia pacer Pat Cummins while batting in the first ODI at Wankhede Stadium. He got a concussion and took no further part in the game. He was then taken to the hospital for overnight monitoring under a specialist.

In 44th over, Pant got hit on the helmet when he was trying to pull the bouncer.

KL Rahul kept wickets for India in the absence of Pant.

In the first ODI, Australian openers David Warner and Aaron Finch’s centuries paved the way for the side to register an easy victory over India. Australia now lead the three-match series with a 1-0.

The two teams will next lock horns in the second ODI today.

India asked to bat first by Australia in second ODI