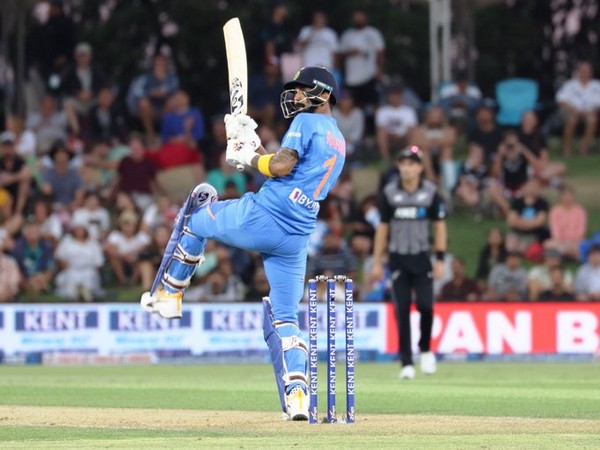 Mount Maunganui [New Zealand], Feb 2 : In the ongoing fifth and final T20I against New Zealand, Rohit Sharma has not taken the field and KL Rahul will be leading the side instead.

During the Indian innings, Rohit had retired hurt after playing a knock of 60 runs as he had trouble in his calf.

In the 16th over of the innings, Rohit ran a single and immediately had a problem in his calf. The physio attended to him and the player decided to carry on.

However, on the fourth ball of the over, the right-handed Rohit decided to walk off the field.

After this, BCCI provided an update on the incident, saying — “Rohit Sharma is being assessed at the moment and will not take the field today”.

In the match, Rohit became the eighth Indian to score 14,000 international runs and he also created the record for scoring most number of fifty-plus scores in the shortest format of the game.

In the match, KL Rahul also played a knock of 45 runs from 33 balls and he became the highest scorer for India (224) in a bilateral series.

In the ongoing match, India won the toss and opted to bat first. The side made just one change as Rohit Sharma came back into the side in place of Virat Kohli. The Men in Blue managed to register a score of 163/3 in the allotted twenty overs.

India leads the series 4-0 and if the side manages to win the last match, they will become the first team to whitewash their opponent in a five-match T20I series.