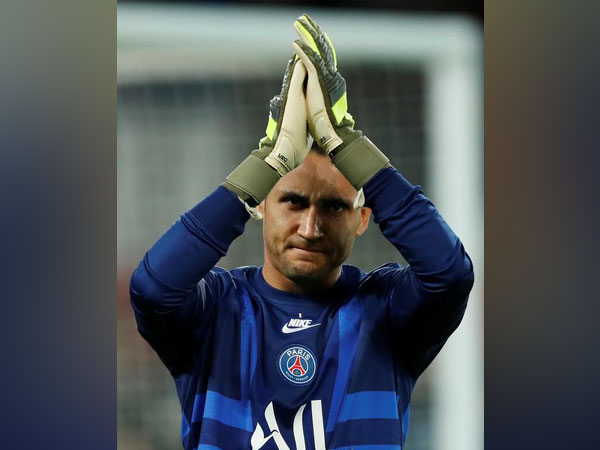 Paris [France], Nov 7 : After a victory over Club Brugge, Paris Saint-Germain (PSG) goalkeeper Keylor Navas said that they competed against a ‘very good and organised’ side.

“It was a very difficult match against a very good and organised side that played very well. They closed down space well but we played very well and got an important victory,” the club’s official website quoted Navas as saying.

PSG won their Champions League clash by 1-0 on Thursday. Despite being awarded a penalty in the 74th minute, Club Brugge failed to capitalise on the opportunity and faced a defeat.

“The penalty is always a difficult exercise. Luckily I went the right way and helped the team keep another clean sheet and that’s the main thing,” Navas said.

“They have played 25 matches this season and lost just two… to us. They had nothing to lose tonight and they started very well. Perhaps the game was a little too open in the opening stages, but we slowly got control of the game and I liked it,” Tuchel said.