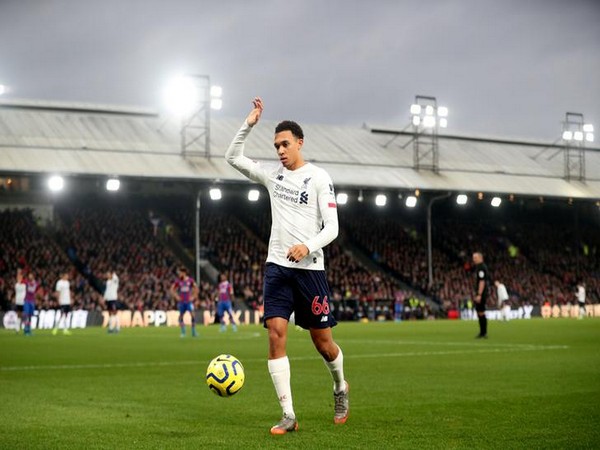 Liverpool [UK], Nov 24 : After a win over Crystal Palace at Selhurst Park, Liverpool’s Trent Alexander-Arnold said it was a ‘tough game’ and one of the toughest places to come.

“There was obviously a lot of emotion out there. It was a tough game and this is always one of the toughest places to come, Selhurst Park, with the crowd right on top of you it’s going to be a really tough game,” the club’s official website quoted Alexander-Arnold as saying.

Liverpool secured a 2-1 win over Crystal Palace in Premier League on Saturday. Alexander-Arnold wants the team to keep this momentum going.

“They’ve got some really good players and it’s always, for some reason, really difficult coming here so we’ve done well to get the win. We knew it meant a lot so hopefully we’ll be able to keep going and use this as momentum,” he said.

Liverpool, who top the Premier League points table, now have 37 points, eight points ahead of the second-placed Leicester City.