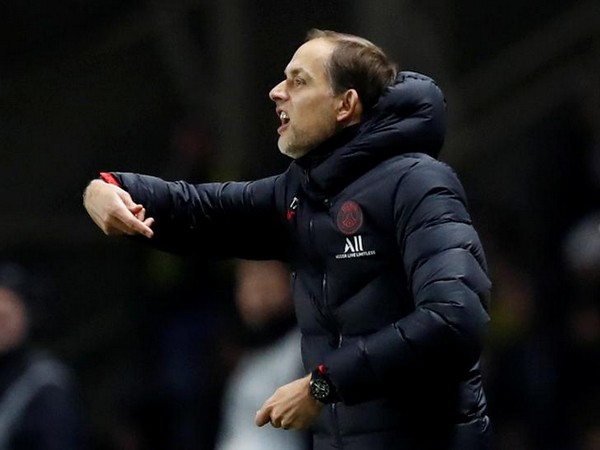 Paris [France], Feb 5 : After securing a win against Nantes in Ligue 1, Paris Saint-Germain manager Thomas Tuchel said it was a ‘difficult victory’ as the final half an hour for them was complicated.

“It was a difficult victory because the final half an hour was complicated. But on the whole, our performance was very good. I really liked the way that we played in the first 70 minutes,” the club’s official website quoted Tuchel as saying.

PSG registered a 2-1 win over Nantes on Wednesday with the help of Mauro Icardi and Thilo Kehrer’s strike in the 29th and 57th minutes respectively.

Tuchel said they lacked some luck as they failed to convert the chances they got to net their third goal in the match.

“The final 20 minutes, it’s our fault that it was tight, after an error, but it can happen. Then you need to react and adapt to the circumstances,” he said.

“The team did that and then we had a bit of luck, but also lacked some luck because we had several chances to score the third goal and put the game to bed,” Tuchel added.

With this victory, PSG have consolidated their top spot in the Ligue 1 table as they took their points tally to 58. They are now 15 points ahead of the second-placed club Marseille.

It was a special night: Neco Williams after win over Shrewsbury