Just months before the Hockey World cup scheduled to happen in Odisha in November this year, the official jersey of India’s national men’s hockey team was unveiled in Mumbai at a special event.

The new jersey of the Indian hockey team is designed by the famous designer Narendra Kumar who has used new logo and sporting color schemes in order to boost confidence of the team India. The design also tries to meet the spirit of hockey, India’s national glorified sport. 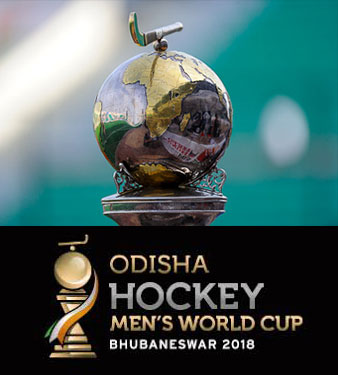 Designer Kumar who was also present at the moment of unveiling ceremony, said it was an honor to undertake the assignment for India and Indian Hockey.

“The inspiration of the design is Odisha. The Motif is symbolic is symbolic of the sun, the sun temple at Konark and The Konark wheel. Odisha is where the Sun rises in India and the Sun in indeed rising on Indian Hockey. It is this feeling of positivity and shelf-belief that the collection aims to inspire in the team,’ Said an official quoting Kumar.

According to the statement, captain of the national men’s hockey team, PR Sreejesh that the will try its best to bring glory to India.

“We are enthusiastic about the New Jersey and I hope it adds to the inspiration quotient of the team. I appeal to all Indians to give their heartbeat to hockey and support us for this world cup. In return, we will give you our blood and sweet, hopefully the trophy, said Sreejesh

State sports secretary Vishal Dev said the event is a part of major events planned in a run-up to the November event. “The Trajectory of Hockey as a sport in India has attained a new high given the performances of the Indian hockey teams in recent years. We urge one and all to come to Odisha and support our hockey team,” said dev.

He also extended invitation to all gathered to join at the inauguration of renovated Kalinga Stadium on October 14.