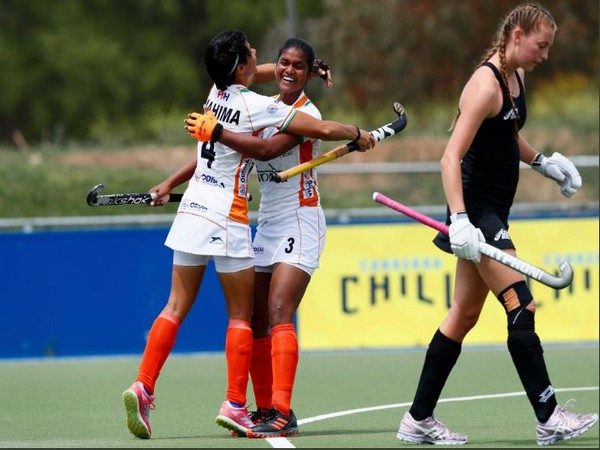 India came from a goal down to clinch the match as New Zealand took a one-goal lead in the fourth minute with the help of Olivia Shannon’s strike after being awarded a penalty corner.

From the Indian side, Sharmila Devi scored the first goal to equalise the score in the 12th minute. Beauty Dungdung then scored a goal, in the 27th minute, to hand India a lead in the match.

India did not stop their aggressive gameplay and added another goal to their tally, with Devi scoring her second goal (43′). India then won a penalty corner in the 48th minute and young Forward Lalrindiki scored past New Zealand’s goalkeeper Kelly Carline to make it 4-1.

New Zealand did try their best in the remaining time but failed to score and faced a 1-4 defeat at the hands of India.

India will now take on Australia on December 8.

Previous PostWe're going there to win: Solskjaer ahead of clash against Manchester City Next PostManchester United are a counter-attacking team: Pep Guardiola