Gianni Infantino, FIFA President has announced on Friday that India will host the 2020 FIFA Under-17 Women’s World Cup.

India has won hosting rights of 2020 FIFA U-17 Women’s World Cup, which will be the seventh edition of the biennial tournament. Being the host, India will get direct qualification in the tournament and will be participating for the first time.

Erstwhile, India lagging behind of South Korea and Philippines in the Asian Football Confederation(AFC) Under-16 Championship, failed to Qualify for the 2018 FIFA U-17 Women’s World Cup. It should be noted India is affiliated to the Asian Football Confederation. The top three teams from the AFC Under-16 Championship qualify for the Under-17 Women’s World Cup.

“We are delighted to announce that India has been confirmed as the host of the FIFA U-17 Women’s World Cup in 2020,” Infantino said after the FIFA Council meeting in Miami, USA.

The All India Football Federation (AIFF) had expressed its interest to host the tournament in 2018, a year after the country successfully hosted the Under-17 Men’s World Cup, which England won, beating Spain in the final.

The Spain under-17 women’s team is the defending champion, while North Korea has had most success in the competition with two titles. Japan in 2014, France in 2012 and South Korea in 2010 have been the other winners.

After being awarded the hosting rights, AIFF tweeted, “We are delighted to announce that India has been confirmed as the host of the FIFA U-17 Women’s World Cup in 2020”.

This will be the second FIFA tournament India will be hosting, after the country hosted the U-17 Men’s World Cup in 2017. 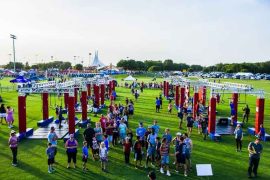