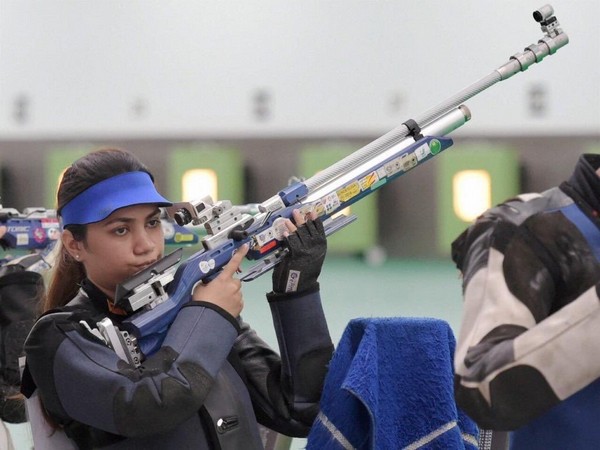 The contingent was able to win five medals on day one of the competition and now the total medal tally stands at– five gold, three silver, and six bronze medals.

Kynan Chenai was able to finish at the second place in the Men’s Trap qualification with a solid 122, but in the six-man final, there were four contenders fighting for the three available Olympic quotas.

Kynan was placed sixth after getting 13 hits in his first 25-shots. Kuwait, Chinese Taipei, and Qatar bagged the three quotas.

The Men’s Trap team of Kynan, Manavjit, and Prithviraj was able to win the silver medal with a score of 357 and it was six short of Kuwait who won the gold medal.

In the Men’s 25m Rapid Fire Pistol, Anish Bhanwala finished 11th in qualification with a score of 574. In the end, he narrowly missed out on an Olympic quota to Thailand’s opponent who finished 10th to pick up the fourth quota place.

The other quotas in the event were grabbed by Japan, Korea, and Pakistan. China’s world champion Lin Junmin was able to win the gold in the event. China swept all the individual medals in the event.

The trio of Anish, Bhavesh Shekhawat, and Adarsh Singh however, won the team bronze with a combined score of 1716. Korea won silver in the event while China won gold.

In the junior section of the same event, Ayush Jindal, Ayush Sangwan, and Japtyesh Jaspal emulated the senior team to win the team bronze.

The junior men’s team comprising of Niraj Kumar, Abid Ali Khan, and Harshrajsinhji Gohil scored a total of 1845 to win gold ahead of China and Korea.

The junior women’s prone team comprising of Nishchal, Bhakti Khamkar and Kinnori Konar also won the team gold with a combined score of 1836.3. Here too, China and Korea won silver and bronze respectively.

The pair of Anjum Moudgil and Deepak Kumar made it through the first qualification round of the 10m Air Rifle Mixed Team competition shooting a total of 626.2 and finishing sixth out of 36 teams. In the second qualifying stage, they finished in sixth place with a combined score of 415.2.

The second Indian team comprising of Apurvi Chandela and Divyansh Singh Panwar ended at the 18th spot in the same event after registering a combined 619.6.

In the women’s trap event, Shreyasi Singh did get into a five-way shoot-off for the sixth and final qualification spot for the finals, but she finished third-best to eventually end in the eighth position.