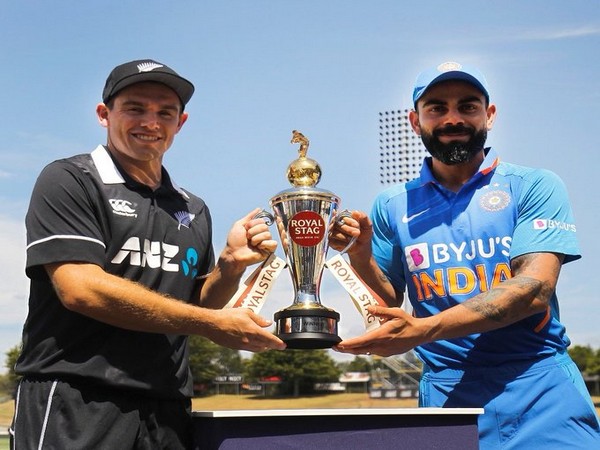 Hamilton [New Zealand], Feb 5 : New Zealand won the toss and asked India to bat first in the first ODI of the three-match series here at the Seddon Park on Wednesday.

With both Rohit Sharma and Shikhar Dhawan ruled out of the 50-over series, India opted to hand debuts to Prithvi Shaw and Mayank Agarwal. The duo would come out to open the batting.

Shaw and Agarwal are the fourth Indian opening pair to make their ODI debuts together.

New Zealand is also without their regular skipper Kane Williamson. In his place, Tom Latham will be leading the hosts.

India is coming off with the winning momentum on their side as they recently became the first team to white-wash the Kiwis in a five-match bilateral T20I series.

The Men in Blue defeated the Blackcaps 5-0 in the shortest format of the game.

In terms of ODIs, India recently defeated Australia 2-1 back home.