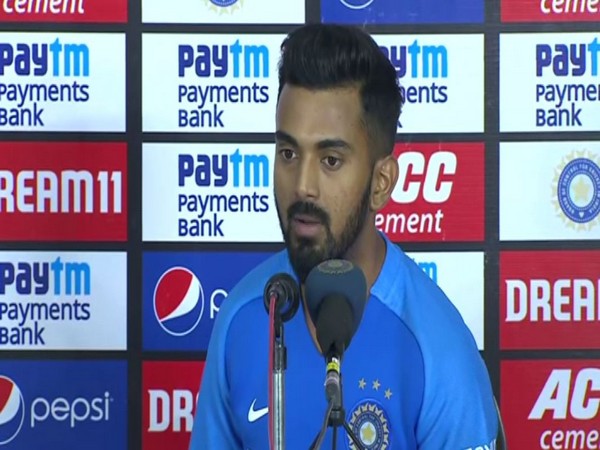 Hyderabad (Telangana) [India], Dec 7 : India opener KL Rahul, who played a knock of 62 runs in today’s match where India clinched six-wicket victory over West Indies said that the wicket was not the easiest to bat on.

“It was not the easiest wicket to bat on. When you are chasing 200 plus runs you obviously want to come out hard and you know you are chasing ten runs an over. We knew that once we hit one or two boundaries then it will start to bring a lot more boundaries,” Rahul said in the post-match conference.

Rahul and skipper Virat Kohli’s 100-run partnership provided the base for India’s six-wicket win over West Indies in the first T20I.

Rahul completed his 1,000 runs in the T20I and became the seventh Indian batsman to do so. He also became the joint third-fastest to complete the feat in 29 innings.

On the other hand, Kohli remained unbeaten on 94 runs and put his team over the line.

“We kept the intent going and the plans were very clear that you have to hit boundaries. Fortunately, Virat carried for us and finished the game,” Rahul said.

India chased down the total in 18.4 overs to lead the three-match series by 1-0. Both the team will now play each other in the second T20I at Greenfield International Stadium in Thiruvananthapuram on December 8.

Play hard, but have respect for your opponents: Virat Kohli