New findings have further supported tea’s ability to enhance health properties as the second most consumed beverage in the world next to water, according to speakers at the Sixth International Scientific Symposium on Tea and Human Health.

“There is a growing body of research from around the world demonstrating that drinking tea can enhance human health in many ways,” said symposium chair, Jeffrey Blumberg, PhD, an active Professor Emeritus in the Friedman School of Nutrition Science and Policy at Tufts University, in a press release. “True teas—which include black, green, white, oolong, and dark—can contribute significantly to the promotion of public health. Evidence presented at this symposium reveals results—ranging from suggestive to compelling—about the benefits of tea on cancer, cardiometabolic disease, cognitive performance, and immune function.”

Tea contains flavonoids, which are naturally occurring compounds that have antioxidant properties and provide bioactive compounds that help to neutralize free radicals. Additionally, tea contains L-theanine, which is an amino acid uniquely found in tea.

“Tea may help support your immune system and increase your body’s resistance to illnesses,” said Dayong Wu, MD, PhD, Nutritional Immunology Laboratory in the USDA Jean Mayer Human Nutrition Research Center on Aging at Tufts University, in a press release. “In the event you do become sick, tea can help your body respond to illness in a more efficient way by ridding itself of the infection and may also alleviate its severity when they happen.”

The investigators noted that green tea and catechins have been shown to help fight against a variety of pathogens by decreasing the pathogen’s ability to infect the host and support the immune system. Both green tea and catechins have also been found to improve autoimmune disorders by promoting self-tolerance, suppressing autoantigen-induced inflammatory attack, and enhancing tissue repair, according to the study.

There are also cognitive function benefits, specifically for conditions of stress, according to Louise Dye, PhD, professor of nutrition and behavior at the University of Leeds.

“The most profound cognitive domain that tea seems to act upon is attention and alertness,” said Dye in a press release.“With these effects on attention, tea is an optimal beverage of choice during a time of elevated stress and burnout worldwide.”

In terms of preventing cognitive decline, recent data show that higher intakes of tea, starting at little as 1 cup daily and up to 5 to 6 daily, are associated with a reduced risk of dementia. The data also show that moderate intake of the flavonoids present in tea are associated with reduced risk for cognitive decline. The results indicate that the protection from tea consumption may be strongest against vascular dementia, which is one of the most common forms of dementia, according to the investigators.

Existing data on tea and cancer prevention show how higher intake of tea may reduce the risk of some cancers. Flavonoids may act as anti-angiogenesis and anti-inflammatory mechanisms as well as by modifying the profile of gut microbiota. Other evidence indicate that tea consumption may lower the risk of biliary tract, breast, endometrial, liver, and oral cancers.

“While more research needs to be done to determine the exact dosage, the conclusion we can share is that higher intakes of tea consumptions may reduce the risk of some forms of cancer,” said Raul Zamora-Ros, PhD, principal investigator at the Unit of Nutrition and Cancer at IDIBELL, in a press release.

Even with the immense evidence of tea as a health promoting beverage, there are more recommendations needed in the current US dietary guidance.

“There may be other herbals and botanical products that can deliver health benefits, but none of them are as systematically studied as Camellia sinensis—true tea,” said Mario Feruzzi, PhD, professor and chief of the Section of Developmental Nutrition in the Department of Pediatrics at the University of Arkansas for Medical Sciences, in a press release. “With true teas—white, green, black and oolong—you’re dealing with thousands of years of traditional use, 60-70 years of systematic study which, in the last 15-20 years, has ramped up to the point where we have very definitive data.” 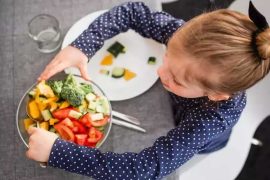 Vegetarian kids have similar growth and nutrition as meat-eating children but more likely to be underweight, study finds 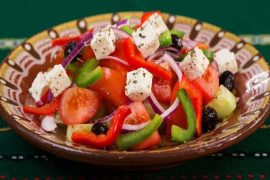 ‘Longevity’ diet high in vegetables, with fasting, can add to lifespan, researchers say 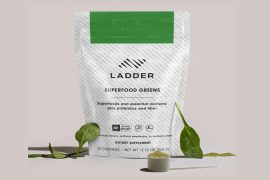