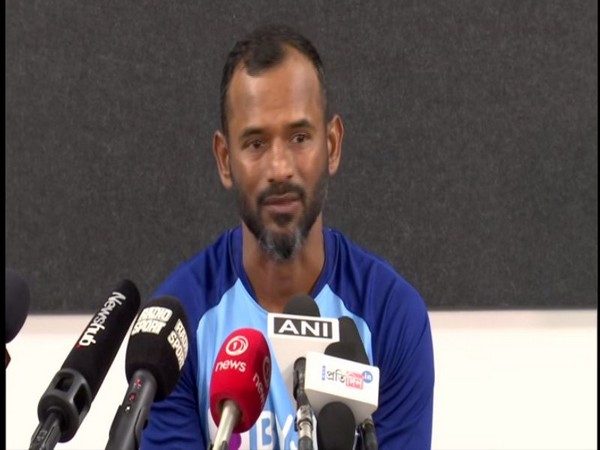 Auckland [New Zealand], Feb 7 : Commenting on the recent efforts, India’s fielding coach Ramakrishnan Sridhar on Friday said that the side has not lived up to the fielding standards which were there to see during the last year’s World Cup.

In the ongoing series against New Zealand, the Men in Blue’s fielding effort has taken a hit as the side has dropped few chances and has not been able to capitalise on the run-out opportunities.

“The West Indies series we played at home, is where we were really average in the fielding department. From then on, we are trying to get better, we have not lived up to the standards we showed in the World Cup last year. This is something we should definitely work on,” Sridhar told reporters ahead of the second ODI against New Zealand.

“In certain matches, ground fielding has been good. New Zealand is a difficult high catching place, but there are no excuses. We are trying to get better. We do look at videos to see where we committed a technical error. Our job is to give all the players the necessary feedback. We have a tight schedule, but it is not a complaint,” he added.

In the first ODI, spinner Kuldeep Yadav missed a crucial catch of Ross Taylor and it ended up costing India the match as the Kiwis crossed the line by four wickets, registering their highest run-chase in a 50-over match.

However, skipper Virat Kohli produced a Jonty Rhodes moment as he ran out Henry Nicholls, giving the Indian fans something to celebrate.

“We have certain parameters when it comes to fielding. We tell the fielders that each player needs to be his own captain. We try to tell them to stay ahead of the game. We empower the fielders so that they can become their own captain,” Sridhar said.

“We need to identify the right things, it may not be too much technical thing, it can be about fatigue. Virat’s run-out in the last match was great to see, his speed was amazing. The player needs to mentally prepare themselves to perform well on the field,” he added.

India and New Zealand will next lock horns in the second ODI on Saturday, February 8.