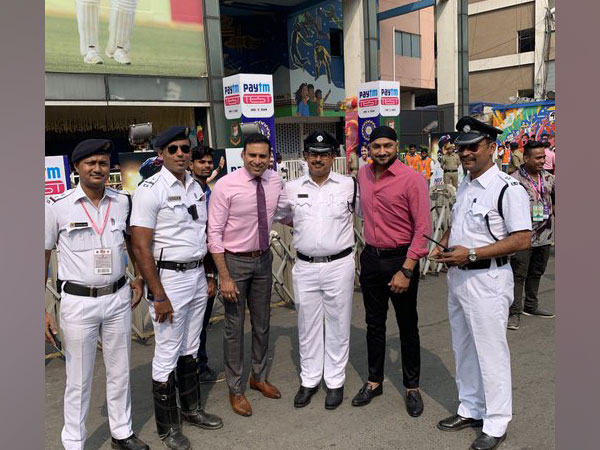 Harbhajan shared a picture with former cricketer VVs Laxman and some police personnel and captioned the post as: “Not a single event is possible without the support of local police..Kolkata police thank you for doing a great job to make this #PinkBallTestMatch a successful story #kolkatapolice @VVSLaxman281”. 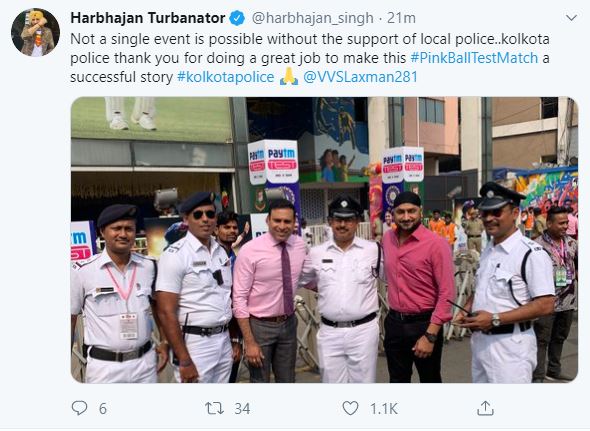 In the pink-ball Test, India ended the first day at 174/3 after bundling out Bangladesh for 106 in the first innings.

Virat Kohli and Ajinkya Rahane will resume day two for India at the individual scores of 59 and 23 respectively.

On the first day of the match, various cricketing legends such as Sachin Tendulkar, Rahul Dravid, Kapil Dev, Mithali Raj, Jhulan Goswami were seen taking a lap of honour at the Eden Gardens.

During the supper break, Harbhajan, Sachin, Laxman and Anil Kumble had a chat show in which they discussed some great cricketing memories.

BCCI president Sourav Ganguly had invited the Bangladesh PM for the historic occasion.

Before the start of the play, Hasina and Banerjee at 12.58 pm rang the Eden Bell in the presence of BCCI president Ganguly, secretary Jay Shah.

The next level for Harry Kane is winning titles: Jose Mourinho