The Goa government is not in position to host the national Games in November this year for want of necessary infrastructure and has requested the Indian Olympic Association to allot fresh dates in May 2020, the legislative Assembly was told on Wednesday.

Notably, the IOA had recently fined the Goa government for frequently missing the deadlines to host the games in the last four years.

The National Games were earlier scheduled to be held in March-April 2019, but were postponed to November on account of Lok Sabha elections, bypolls in the state and HSC examinations.

Chief Minister Pramod Sawant told the Legislative Assembly Wednesday that it was not possible to put up the infrastructure required for hosting the National Games by November this year.

“The Goa government has requested the Indian Olympic Association to grant minimum five-month time for holding the games. We have requested the IOA to allot dates in May 2020”, Sawant said.

Justifying its request for a new schedule, the CM said the government would have to issue tenders for various works and that some equipment have to be purchased from abroad.

Meanwhile, state sports Minister Manohar Ajgoankar told the House ina a written reply that the government has received Rs. 97.80 crore for development for infrastructure for the Games.

“The amount received has been utilized for construction for infrastructure meant for the Games, which was also used for the Lusofonia Games held in the year 2014.” He said. 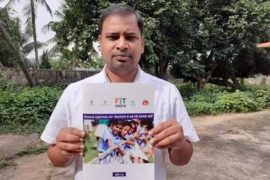