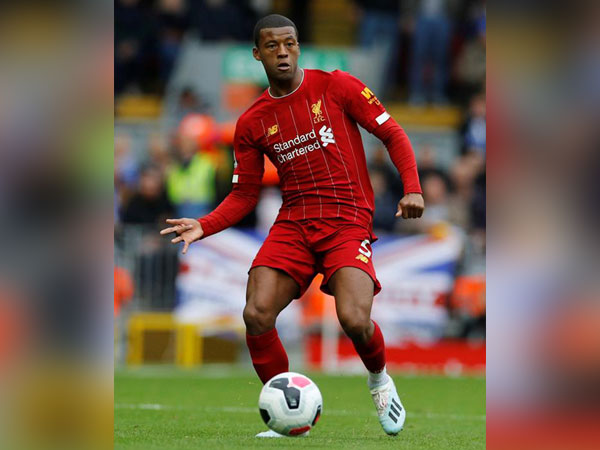 Liverpool [UK], Nov 11 : Liverpool’s Georginio Wijnaldum feels his club did ‘quite well’ against Manchester City after securing a 3-1 victory in the Premier League.

“What a game! I think the way the game started was quite difficult – they play a long ball to the right side and I think they ended up with two corners, so at that moment you have to be awake immediately because otherwise you can concede a goal. But I think we did it quite well and next to that it was quite wild and hectic!” the club’s official website quoted Wijnaldum as saying.

“But after the first couple of minutes I think we played good football [and] scored two goals. In the second half we came out of the dressing room, started good and scored another one,” he added.

Wijnaldum said Liverpool conceded one goal in the 78th minute because they were tired.

“It was 3-0 and then at the end, because we were tired, it was a little bit difficult and they were getting better in the game and this resulted in one goal for them. But at the end we played a very good game,” Wijnaldum said.

Liverpool will now compete against Crystal Palace on November 23.