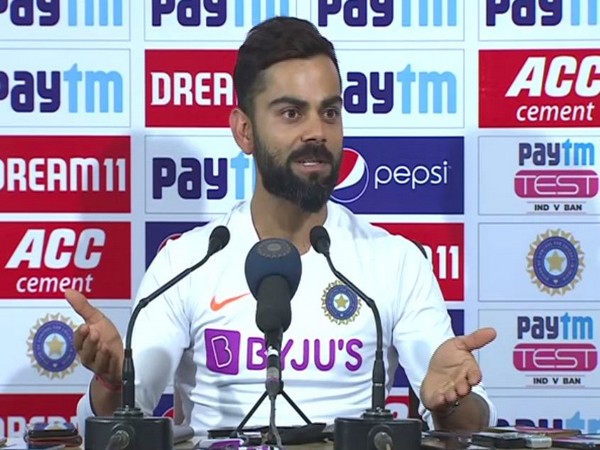 “As a batsman, your set up changes. Even if you are set and you are batting well, as soon as it gets dark and the lights are on, you can be in trouble very quickly. Luckily, I went in when the lights were on and I did not have to go through that transition but I think that will be another challenge in the future,” Kohli said in the post-match press conference here on Sunday.

“Under lights, it was a different experience. First, when I walked out, I felt like the IPL game atmosphere and you feel like smashing the first ball. But you have to remind yourself that you have to play compact,” he added.

India won the match by an innings and 46 runs. The hosts also won the two-match Test series 2-0 against Bangladesh. Kohli smashed his 27th Test century in the match, scoring 136 runs to help India put up a total of 347 in the first innings.

Bangladesh scored 106 in their first innings after opting to bat first while they were bundled out on 195 runs in their second innings. During the second innings, Mahmudullah was retired hurt on day two and did not come to bat on day three.

Kohli also recalled the conversation he had with former player Sachin Tendulkar, who made a ‘very interesting point’ to the skipper.

“I spoke to Sachin paaji on the evening of the first day and he made a very interesting point that probably with the pink, you will have to treat the second session like the morning session. When it is getting darker, the ball starts to swing and seam and everything,” Kohli said.

“So, the first session, you invariably play like you play from lunch to tea in a normal timing Test match and the second session would be like a morning session and the last session is like that evening session. So, your planning changes, your declaration, strategies and timing, everything changes,” he added.

Won’t give any excuse, were not able to perform well: Mominul Haque