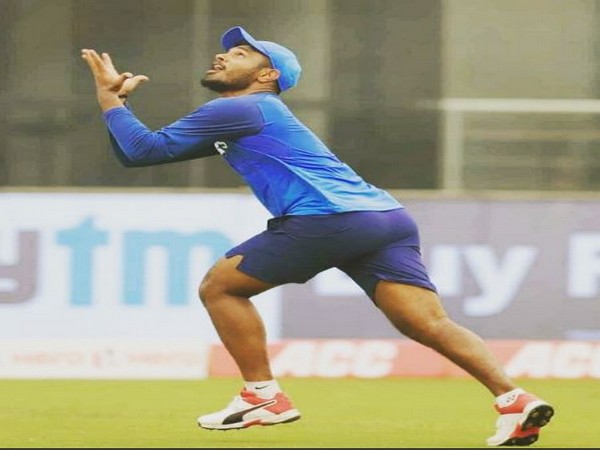 New Delhi [India], Nov 21 : Soon after Board of Control for Cricket in India (BCCI) excluded Sanju Samson from the T20I squad against West Indies, fans expressed their anger on social media.

Samson, who was named in the squad for the Bangladesh T20I series, failed to find a spot in the team. He did not feature in any of the three T20Is played against Bangladesh.

While backing Samson and Dinesh Karthik, a fan questioned the board’s decision of giving Rishabh Pant so many chances.

“Iam boycotting the INDvsWI series .. Sanju Samson deserves to be in XI. Pant got enough chances. 8/10 times he fails in both batting and wicket keeping department. Still giving chance and ignoring DK and Sanju. Huge Mistake,” a fan tweeted.

Another fan wrote: “Why Sanju Samson out of squad.!? can’t he deserve single chance..!? why Pant getting more changes even failing many times..!? What kind of partiality is this..!!? Where is transparency..!? @SGanguly99 @BCCI @SirJadejaaaa @RajatSharmaLive #INDvsWI.”

Another user called the exclusion of Samson ‘unfair’.

“Sanju Samson is dropped without any chance .. this is unfair !!! injustice..” the user wrote.

India will play three T20Is and as many ODIs against West Indies, starting from December 6.

Australia announces women ‘A’ squad for one-day, T20 against India ‘A’