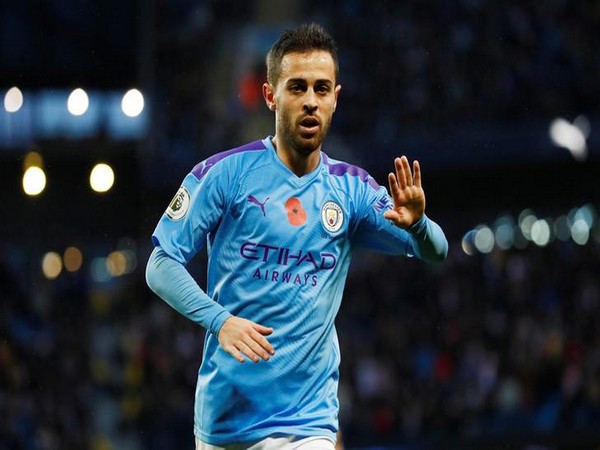 Leeds [UK], Nov 13 : The Football Association has handed a one-game ban and a 50,000 euros fine to Manchester City midfielder Bernardo Silva for racist his tweet at team-mate Benjamin Mendy.

In September, Silva tweeted a photo of Mendy as a child alongside an old image from the Spanish company ‘Conguitos’ that has been condemned for racist undertones with the caption: “Guess who?,” Goal.com reported.

Mendy did not take offence, replying with laughing emojis, but others quickly pointed out the racial aspect of Silva’s remarks.

He was charged by the FA for the post, and will now miss out one match as a result of the social media post.

“Bernardo Silva has been suspended for one first-team competitive fixture, fined £50,000 and must complete face-to-face education after admitting a breach of FA Rule E3,” the FA said in a statement.

“The Manchester City midfielder’s social media activity on 22 September 2019 breached FA Rule E3(1), as it was insulting and/or improper and/or brought the game into disrepute, and constituted an “Aggravated Breach”, which is defined in FA Rule E3(2), as it included reference, whether expressed or implied, to race and/or colour and/or ethnic origin,” it added.

Silva will miss the City’s next game against Chelsea in the Premier League on November 23.