Right now, English Premier league clubs must have eight homegrown players in their 25-man team. FA wants to push number up to 12.

These do not have to be British but must have been registered to an English or Welsh club for three years before turning 21.

“We want to keep that and try and improve on that. What we don’t want to do is have regulations which knock us back to where we were at times last season, down to 26-17 percent.”

Players from the European Union (EU), including many who present South American and African nations at international level but hold EU passports, could have to satisfy much stricter requirements to be handed a work permit after Brexit.

The current system for non-EU players takes into account international appearances, the transfer fee, proposed wages and recent playing history to determine whether they receive a Governing Body Endorsement from the Football Association (FA).

Were these restrictions applied across the board, marquee signings would likely not be stopped. However, in the ever more competitive transfer market British clubs could be robbed of the opportunity to find hidden gems at the lower end of the market.

“By going worldwide, it’s going to be a massive market so we need to have regulations around the endorsement that mean we can protect our pool of talent that are homegrown,” added Reed.

However, he is aware of the balancing act that must be struck to maintain the Premier League’s status as in his words “the best league in the world”.

Last season all four finalists from the Champions and Europa League came from England.

“It’s a combination of what’s happens with Brexit, can we change people’s mindsets, can the players showcase themselves any way and get managers thinking in a different way? Reed believes that progress is already being made with Premier League clubs trusting more in products from their academy.

A 12-month transfer ban imposed on Chelsea has resulted in a huge change of culture at Stamford Bridge in Frank Lampard’s first season in charge with youngsters such as Mason Mount and Tammy Abraham starring.

Mount was one four uncapped players included in Gareth Southgate’s squad for Euro 2020 qualifiers this week against Bulgaria and Kosovo. Jadon Sancho, 19, has already established himself in the England team after making the bold move to join Borussia Dortmund two years ago.

“We’ve got a number now kind of leading the way in actually making appearances and getting in the top-six teams and showing that they can do that, which hopefully will change a little bit of the mindset around whether young English players can do that,” added Reed.

“I think the combination of interest from abroad plus one or two now making headway at the top end of the game, hopefully will then open the door for a lot more. 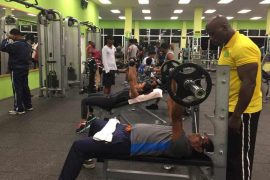 Fitness 53 Is All Set To Reopen After Pandemic In Guyana 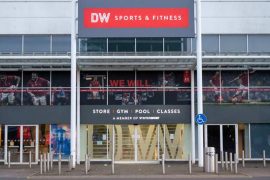