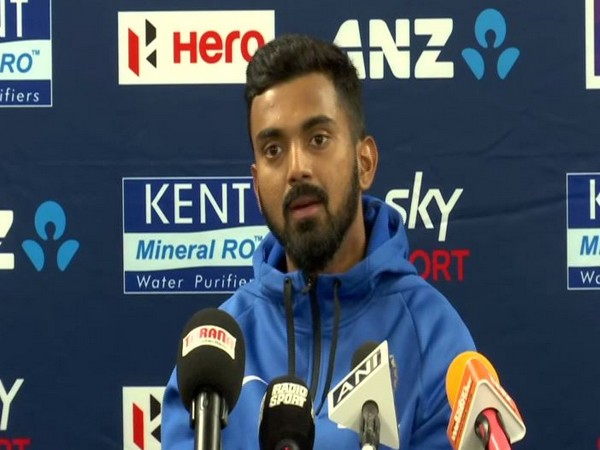 Auckland [New Zealand], Jan 24 : After playing a knock of 56 runs against New Zealand in the first T20I, wicket-keeper batsman KL Rahul on Friday said that he enjoys staying behind the stumps and is loving whatever the sport has offered him off late.

His remarks came after India’s emphatic six-wicket victory over New Zealand in the first T20I. Rahul and Shreyas Iyer starred for the side to help the side chase down 204.

Skipper Virat Kohli played a knock of 45 while Iyer remained unbeaten on 58.

“I am honestly loving it, in the international stage it might look that I am new to wicket-keeping, but I have done this role in the domestic cricket. I have done it for my IPL franchise, I enjoy staying behind the stumps,” Rahul told reporters after the first T20I.

“It gives me a great idea of how the pitch is playing then I can pass on the message to the skipper and bowlers. Wicket-keeping requires you to be pro-active. I am enjoying the responsibility,” he added.

Rahul said that it was a bit frustrating for him to not get enough games for the side in the past, but now he has settled within the lineup.

“I felt like I was not getting enough game time, I was a part of the team for a long time, but I used to get just a couple of games. As a batsman, you need some time in the middle. I got runs in domestic cricket and that has worked really well for me,” Rahul said.

The first T20I, which was played at Eden Park had a small boundary on one side. Rahul said that it was a strange ground for him, but he welcomed the challenge.

“In the team meetings, the coaches put up all stats and numbers. We have an idea about what our hitting areas can be as ground dimensions are talked about during team meetings. It is a strange ground for me, however, it is good to be challenged,” Rahul said.

“I have tried it in the last 12-15 months to play normal cricketing shots. I tend to believe in my abilities, it is easy for me if I believe in my shot-making. Shreyas also played a fantastic inning today, he played the role of finisher perfectly today,” he added.

India and New Zealand will take on each other in the second T20I on January 26.