Minister of State (Independent Charge) for Youth Affairs and Sports Col. RajyavardhanRathore has said that Government has granted annual recognition to 53 NSFs for promotion and development of respective sports disciplines in the country. Kabaddi has been placed in ‘Priority’ category and Badminton in the ‘High Priority’ category so that they get maximum assistance under the Scheme of Assistance to NSFs.In a written reply in Rajya Sabha today, he said that Sports Authority of India (SAI), under its sports promotion schemes, has introduced Kabaddi and Badminton discipline at various centers. There has been a gradual improvement in the performance of Indian sportspersons/teams in international sporting arena with outstanding performances in many sports including Kabaddi & Badminton.Further, competitions in 16 sports disciplines including Kabaddi and Badminton were held in the 1stKhelo India School Games held during 31.01.2018 to 08.02.2018.

‘Sports’ is a State subject and promotion and development of Sports is primarily the responsibility of the State Governments and the National Sports Federations (NSFs) concerned.  However, Government of India supplements the efforts of the States/UTs and NSFs by providing financial assistance to them under various Schemes for the purpose. Briefs on major Schemes/ initiativesof the Ministry of Youth Affairs & Sports and Sports Authority of India for development of Sports in the country are given in Annexure.

Sports promotional Schemes being implemented by the Ministry of Youth Affairs & Sports: 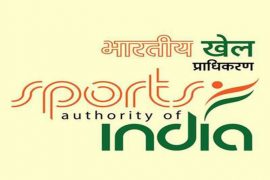