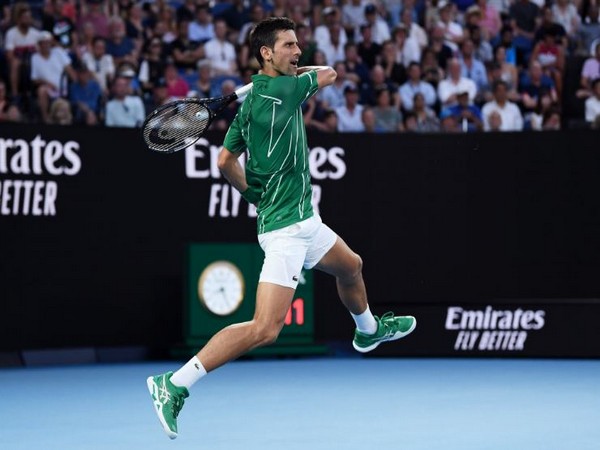 Melbourne [Australia], Jan 30 : The Serbian tennis star Novak Djokovic thrashed Roger Federer in the semi-finals clash of the ongoing Australian Open here on Thursday to book his spot in the final.

In the first set, both players gave each other a tough competition but Djokovic clinched the set. However, in the next two sets, Djokovic was at his devastating best and completely overpowered Federer.

It was Djokovic’s 27th victory over Federer and with this victory, he has earned the chance to play for his eighth Australian Open title.

Earlier in the day, Spanish tennis player Garbine Muguruza outclassed Simona Halep to reach the final of the Australian Open for the first time.

Muguruza will attempt to win her third major title against Sofia Kenin of the United States.

The 21-year-old, Kenin, shocked the world number one Ashleigh Barty in two tight sets in the earlier semifinal to advance to her first-ever Grand Slam final. If Muguruza wins the Australian Open final she will become the first unseeded women’s player after Serena Williams in 2007 to win the title.

Liverpool already focused on next game: Becker after win over West Ham United