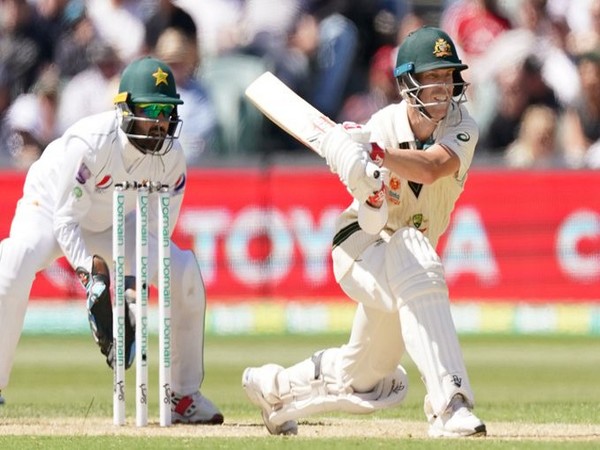 Adelaide [Australia], Nov 30 : Australia’s opening batsman David Warner on Saturday scored his first triple century in the Test format and as a result, broke Don Bradman’s record of having the highest individual score at the Adelaide Oval.

Warner scored the triple ton against Pakistan on day two of the ongoing day-night Test at the Adelaide Oval.

Bradman had scored 299 runs at Adelaide in 1932 against South Africa.

Former Australia skipper has dropped to third on the list as he played a knock of 242 against India in 2003.

Rahul Dravid and Michael Clarke are on fourth and fifth spots respectively with knocks of 233 and 230.

Warner was involved in a 361-run stand with Marnus Labuschagne. He then put up a 121 run partnership with Steve Smith.

In the match against Pakistan, Smith became the fastest batsman to score 7000 runs in the longest format of the game.

While filing this report, Australia reached the score of 543/3 against Pakistan in the first innings.