According to recent study, soccer star Cristiano Ronaldo is positioned number one when it comes to commanding money for sponsored posts.

The footballer from Portugal charges 975,000 dollars per post. This is because of the huge number of follower that is behind him. He has beaten every other big name in terms of social media following.  Household name in Basketball, LeBron James, Barcelona forward, Lionel Messi are all behind him.

Cristiano Ronaldo plays for Italian club Juventus as of now. His personal Instagram account has more follower than the football club he represents.

After Cristiano, Brazilian forward, Neymar Jr. is at the second position. He charges 722,000 dollars for a sponsored post.

In third place is Messi, who despite having around 2 million more followers than Neymar Jr, receives around 74,000 less for promoting a product or a brand.

The study was conducted by social media specialist, Hopper HQ. The co-founder of Hopper, Mike Bander in a media statement commented, “It’s incredible how much influence these professional have over their followers, so from a brands point of view these paid ads are often worth penny.”

Indian cricket captain, Virat Kohli is the only Indian on the list. He is also only athletes on the list who doesn’t play soccer or basketball. He has 36 million followers and can collect 200,000 dollars per post on Instagram.

The highest ranked woman was former Ultimate Fighting Championship fighter Ronda Rousey, who now features in professional wrestling with World Wrestling Entertainment. She was placed fifteenth on the list and gets 67,000 dollars for an Instagam post, just one spot ahead of 23-grand Slam Tennis Champion Serena Williams, who charges up to 60,500 dollars.

BCCI announces Byju’s as the new sponsor of Team India 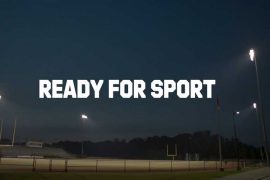 60,000 adidas employees ask the world to be ‘Ready for Sport’