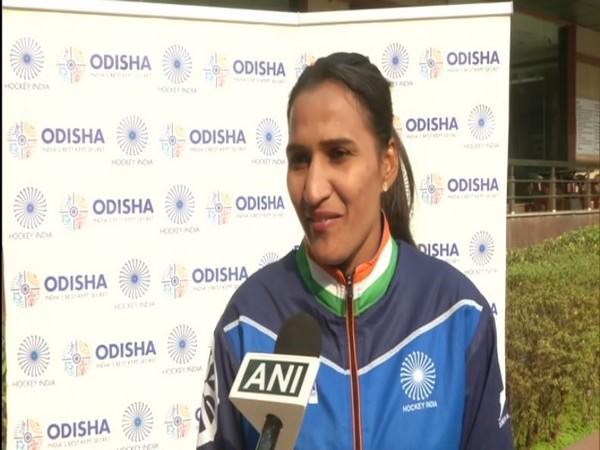 New Delhi [India], Feb 7 : India’s women’s hockey team skipper Rani Rampal on Friday said that the side is confident of winning a medal at the upcoming Tokyo Olympics.

She also lauded the fitness levels and said that the side can compete with anyone at the international stage.

“Everyone is expecting good things from our side in the Tokyo Olympics. We as a team have performed very well in the recent past. You play sport because you want to play Olympics. Every athlete wants to represent their country in the Olympics, we as a team are confident of bringing a medal in the global event,” Rani Rampal told ANI.

“There has been a huge change in fitness levels in our team, we are up there with all international teams. We can compete with anyone and we are confident of giving our best in all the matches,” she added.

The 25-year-old is riding on a high after being named as the World Games Athlete of the Year.

Rampal received whopping 199,477 votes to win the award. She has also been shortlisted for the prestigious Padma Shri award.

She is one among the six recipients from the category of sports to be conferred with Padma Shri, the fourth highest civilian award in the Republic of India. She has over 200 International caps for India.

“I think it was a wonderful week for me. I would like to thank all those who voted for me. It is a good feeling when world’s sport community recognises your efforts. I would also like to thank the government of India and Kiren Rijiju sir for the Padma Shri accolade. This award is dedicated to women’s hockey,” Rampal said.