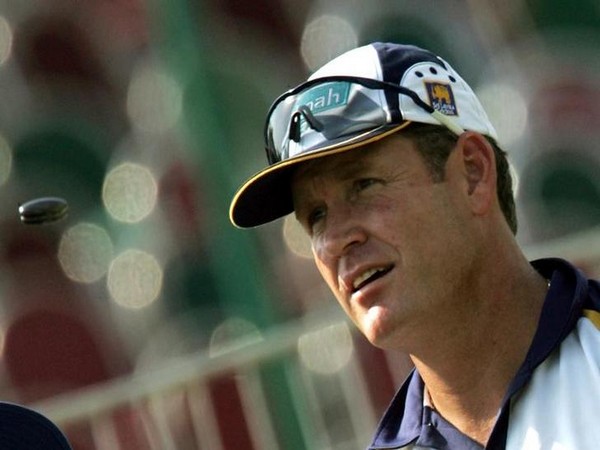 Moody, in his tweet, said that when a match goes into a Super Over, toss should be conducted again and it should be up to the skipper to decide what to do first.

He also suggested that the bowling side should get the chance to nominate bowlers to bowl three balls each in a single over.

“With all these #SuperOvers being played out, I’d like to make two suggestions. A new toss to be conducted for the super over. The bowling side to nominate two bowlers to deliver 3 balls each in the super over. #cricket #foodforthought @ICC,” Moody tweeted. 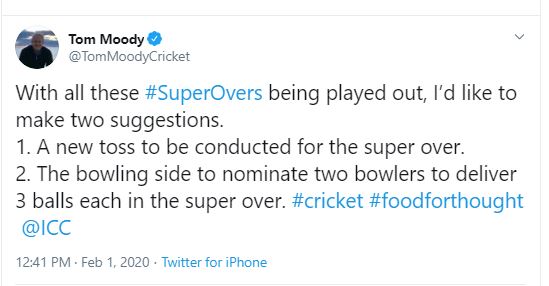 Normally, when the match goes into a Super Over, the side that is chasing in the normal 20 or 50 over match has to bat first and each team nominates one bowler to bowl six balls.

This week witnessed three Super Over matches. On Wednesday and Friday, India and New Zealand’s third and fourth T20Is went into the Super Over.

The Men in Blue managed to triumph in both the games.

Earlier today, the women’s T20I between England and Australia saw a Super Over and it was the former who emerge triumphant.