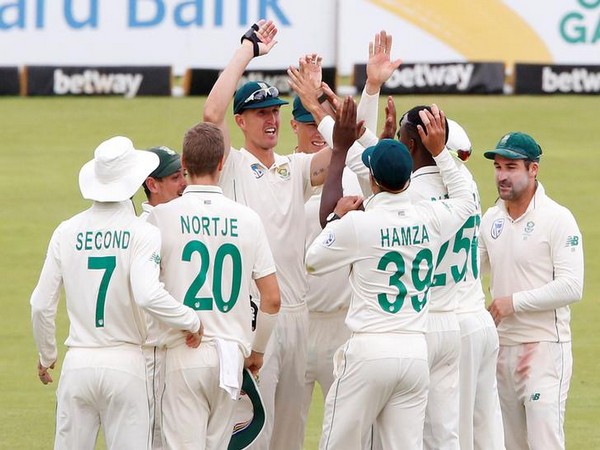 With this win, the hosts open their account in the World Test Championships standings. The team gains their first 30 points in four Tests. South Africa now lead the four-match series 1-0.

It was the first Test win for Proteas after five successive defeats and sixth consecutive win at Centurion. This is the first time that South Africa have defeated England in a Boxing Day Test.

Chasing a mammoth total of 376 runs, England were bundled out for 268 in their second innings on day four. The visitors failed to break the record as nobody has ever successfully chased 300 plus in the fourth innings of a Test more than once in the same calendar year.

England resumed their innings from 121/1 with Rory Burns and Joe Denly unbeaten on the crease at 77 and 10 respectively.

Burns was sent back to the pavilion by Anrich Nortje for 84 runs. After that Denly (31) too lost his wicket as he was caught leg before by Dwaine Pretorius, reducing England to 158/3.

Skipper Joe Root and Ben Stokes built a 46-run stand for the fourth wicket taking the total over the 200-run mark.

Maharaj bowled out Stokes and ended his brief knock of 14 runs. Jonny Bairstow joined Root in the middle and added some runs to the scoreboard.

Root was caught behind the stumps by Quinton de Kock off Nortje after scoring 48 runs. Except for Jos Buttler (22), nobody was able to score runs in the double figures in the lower order.

Quinton de Kock was named player of the match for smashing 129 runs and taking eight catch behind the stumps. Both the teams will now face off each other in the second Test at Cape Town commencing on January 3.